How To Build An Anti-Bullying School Climate With Restorative Practices

The use of restorative practices “is a highly effective response to bullying” in schools. So said John Bailie in his keynote address to a conference on bullying held at Southern Connecticut State University on March 2.

Bailie spoke at SCSU’s 14th annual “Inside the Schoolhouse Door” Conference, attended by administrators and schoolteachers. The theme of this year’s conference was “Bullying: The Clinical Response.” 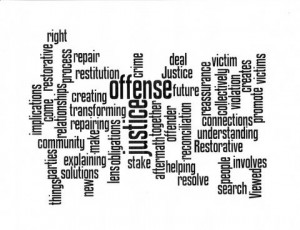 Restorative practices, Bailie said, is an emerging social science. The goal is to empower people to find their own solutions, resolve conflicts, foster healthy relationships and build social capital.

The restorative practices philosophy is based on the concept that people respond best when you do things with them and not to them or for them.

Restorative practices give students responsibilities. High expectations are combined with lots of support.

“Restorative practices in response to bullying, children who have harmed others are held accountable by being directly confronted by the emotional harm they have caused. They are also required to play an active role in repairing the harm that has been done.”

“Traditional discipline focuses on punishment—largely passive experiences that require very little of those supposedly being held accountable and that do nothing to heal the emotional impact on others who have been affected.

“Restorative practices also empower those who have been harmed, by means of supported face-to-face meetings with those who have harmed them. They also widen the circle to include everyone who has been affected by an incident. These restorative practices processes prevent the harm caused by permanently labeling children as ‘bullies’ and ‘victims.’”

The restorative practices approach, Bailie explained, rejects bullying behavior while affirming the inherent worth of every child.

“These processes restore the social bonds and connectedness vital to the health and success of all children, as has been demonstrated repeatedly on the issue of school climate.”

Bailie cited school change programs using restorative practices that have reduced bullying, violence and suspensions significantly in schools in Baltimore, Detroit, Philadelphia, New York, and elsewhere. Restorative practices are in use across the world, he noted.