New Jersey Anti-Bullying Law Is The Toughest In The Nation

The anti-bullying law had previously been struck down when a state panel found that complying would place an undue financial burden on school districts.

“We know that students have the best opportunity to learn and achieve when they’re in an environment that’s safe and free from bullying and intimidation,” Christie said. “This revised anti-bullying law legislation is extraordinarily important to meet those goals. That’s why we needed to come together and fix it.” 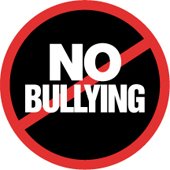 The state’s Council on Local Mandates invalidated the anti-bullying law in January based on a challenge by a 427-student district in Warren County. The Allamuchy Township Board of Education district complained that the law would require costs this year of $6,000 to train educators — with more costs in the future. Some other districts filed papers in support.

Lawmakers were given 60 days to revise the anti-bullying law legislation or risk it being invalidated permanently.

Gov. Christie said Wednesday the bill for a new anti-bullying law would be fast-tracked through the Legislature.

The revised anti-bullying law proposal makes $1 million in grants available to public schools this year. Districts can apply for the money after exhausting free training materials available online and through various nonprofits.

Lawmakers sped the law’s passage in 2010 after the high-profile suicide of Rutgers University student Tyler Clementi, whose roommate is on trial for using webcam allegedly to spy on Clementi’s intimate encounter with another man. The 18-year-old jumped off the George Washington Bridge.

Steven Goldstein, who heads the state’s largest gay rights group, Garden State Equality, stood beside the governor in announcing the fix. Assemblywoman Valerie Vianieri Huttle, a Democrat from Englewood, and Sen. Diane Allen, a Republican from Burlington, who were sponsors of the anti-bullying law legislation, also were on hand for the announcement.

“In the rough and tumble of politics, it’s nice to see the governor and our Democratic leaders put kids first,” Goldstein said. “This heroic fix that the governor and the leaders in both houses of both parties have engineered will save lives.”

New Jersey’s anti-bullying law is the toughest in the nation.

State Sen. Loretta Weinberg, a Democrat from Teaneck who was a main sponsor of the anti-bullying law, has said she hopes school districts would continue following the law’s requirements while the changes are worked out.