The people we trust to take us or our loved ones from place to place may have poor sleep habits, according to the National Sleep Foundation’s (NSF) 2012 Sleep in America® poll.

It is the first poll to ask transportation professionals, including pilots, train operators,* truck, bus, taxi and limo drivers about their sleep habits and work performance.

Pilots and train operators are most likely to report that their sleep habits affect job performance and cause safety problems.

The results of the poll are striking. About one-fourth of train operators (26%) and pilots (23%) admit that sleep habits have affected their job performance at least once a week, compared to about one in six non-transportation workers (17%).

One in five pilots (20%) admit that they have made a serious error and one in six train operators (18%) and truck drivers (14%) say that they have had a “near miss” due to poor sleep habits.

Sleep habits have also played a role in car accidents commuting to and from work. 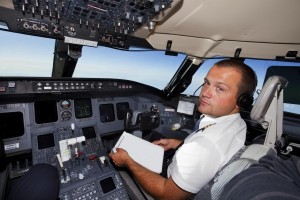 Pilots and train operators are significantly more likely than non-transportation workers (6% each, compared to 1%) to say that they have been involved in a car accident due to sleepiness while commuting.

“Driving home from work after a long shift is associated with crashes due to sleepiness,” says Dr. Sanjay Patel, a sleep habits researcher at Brigham and Women’s Hospital and Harvard Medical School.

“We should all be concerned that pilots and train operators report car crashes due to sleepiness at a rate that is six times greater than that of other workers.”

Among all workers surveyed train operators and pilots report the most work day sleep dissatisfaction.

“The margin of error in these professions is extremely small. Transportation professionals need to manage sleep habits to perform at their best,” says David Cloud, CEO of the National Sleep Foundation.

“As individuals and employers, we need to know more about how sleep habits improve performance.”

Sleepiness is common for all workers

Roughly one in ten Americans say they are likely to fall asleep at an inappropriate time and place, such as during a meeting or while driving.

The poll included a validated assessment tool used by doctors to determine whether a person is “sleepy.” Anyone who suffers from excessive sleepiness should seek professional help to identify underlying conditions.

This study finds that 11% of pilots, train operators, bus, taxi, and limo drivers and 8% of truck drivers as well as 7% of non-transportation workers are “sleepy.”

“We found that although pilots are especially focused on obtaining adequate sleep, one in ten can still be classified as ‘sleepy.’ This is not acceptable.

Who among us wants to take a one in ten chance of flying on a plane with a sleepy pilot?” says CPT Edward Edens, PhD of the Walter Reed Army Institute of Research.

Many transportation workers cite their schedule as a major contributor to poor sleep habits.

Almost one-half of train operators (44%) and more than one-third of pilots (37%) report that their current work schedule does not allow adequate time for sleep, compared to about one-fourth of non-transportation workers and truck drivers (27% each) and one-fifth of bus, taxi and limo drivers (20%).

In general, transportation professionals work more varied shifts than other workers, which may play a role in their sleep problems. Only 6% of pilots and 47% of train operators say they work the same work schedule each day, compared to 76% of non-transportation workers.

If given one more hour off between work shifts, over one-half of pilots (56%) and train operators (54%) report that they would use that hour for sleep.

Long commutes cut into transportation workers’ already shortened time between shifts. Pilots report the longest commutes with 37% saying it takes more than an hour to get to work from home.

Pilots and train operators have the highest average commute time of 45.5 minutes and 31 minutes, respectively, compared to a 23.8 minute average for non-transportation workers. Other research has consistently found that longer commute times have been associated with shorter individual sleep times.

“Transportation workers experience considerable variability in the days they work, the times they work, and the amount of time off between shifts.

The poll shows that transportation professionals are taking more naps than other workers.

Among those who report napping on work days, one-half of pilots (50%), almost one-half of truck drivers (42%), one-third of train operators (33%) and nearly one-fourth of bus, taxi and limo drivers (24%) say they actually napped during work hours in the past two weeks, compared to about one in five non-transportation workers (19%).

“Transportation workers have challenging schedules that compete with the natural need for sleep.

While I’m impressed that transportation professionals nap when they are off duty, we need to better understand how to use naps to reduce sleep deprivation and overcome scheduling issues,” says Thomas Balkin, PhD, a sleep habits researcher from the Walter Reed Army Institute of Research.

The above story is from materials provided by the National Sleep Foundation.

For more information about the National Sleep Foundation’s 2012 poll, read the complete summary of findings, worker profiles and examples of crashes where fatigue was found to be a contributing factor.