A new study indicates sleep disorders in children put them at higher risk for behavioral difficulties.

A study of more than 11,000 children followed for over six years has found that sleep disorders in children, make them prone to developing behavioral difficulties such as hyperactivity and aggressiveness, as well as emotional symptoms and difficulty with peer relationships, according to researchers at Albert Einstein College of Medicine of Yeshiva University.

“This is the strongest evidence to date that sleep disorders in children–  like snoring, mouth breathing, and apnea [abnormally long pauses in breathing during sleep] can have serious behavioral and social-emotional consequences for children,” said study leader Karen Bonuck, Ph.D., professor of family and social medicine and of obstetrics & gynecology and women’s health at Einstein.

Parents and pediatricians alike should be paying closer attention to sleep disorders in children. Especially young children experiencing breathing problems while sleeping, perhaps as early as the first year of life.

Sleep disorders in children are most often identified by snoring (which is usually accompanied by mouth breathing) and sleep apnea.

Sleep disorders in children reportedly peak from two to six years of age, but also occurs in younger children.

About 1 in 10 children snore regularly and 2 to 4 percent have sleep apnea, according to the American Academy of Otolaryngology–Health and Neck Surgery (AAO-HNS). Common causes of Sleep-Disordered Breathing (SDB) are enlarged tonsils or adenoids.

“Until now, we really didn’t have strong evidence that sleep disorders in children actually preceded problematic behaviors such as hyperactivity,” said Ronald D. Chervin, M.D., M.S., a co-author of the study and professor of sleep medicine and of neurology at the University of Michigan.

“Previous studies suggesting a possible connection between symptoms of sleep disorders in children and subsequent behavioral problems weren’t definitive, since they included only small numbers of patients, short follow-ups of a single SDB symptom, or limited control of variables such as low birth weight that could skew the results.

But this study shows clearly that the symptoms of sleep disorders in children do precede behavioral problems and strongly suggests that SDB symptoms are causing those problems.”

The new study analyzed the combined effects of snoring, apnea and mouth-breathing patterns on the behavior of children enrolled in the Avon Longitudinal Study of Parents and Children, a project based in the United Kingdom. 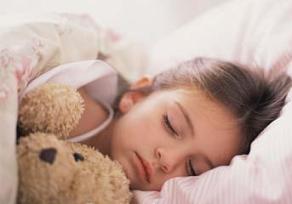 Parents were asked to fill out questionnaires about their children’s SDB symptoms at various intervals, from 6 to 69 months of age. (Studies of similar questionnaires have shown that parents do a good job of assessing kids’ SDB: their evaluations compare well with data from carefully controlled overnight sleep studies, Dr. Bonuck reports.) .

When their children were approximately four and seven years old, parents filled out the Strengths and Difficulties Questionnaire (SDQ), which is widely used to assess behavior.

The researchers controlled for 15 potential confounding variables, including socioeconomic status, maternal smoking during the first trimester of pregnancy, and low birthweight.

“We found that children with sleep-disordered breathing were from 40 to 100 percent more likely to develop neurobehavioral problems by age 7, compared with children without breathing problems,” said Dr. Bonuck.

“The biggest increase was in hyperactivity, but we saw significant increases across all five behavioral measures.”

Children with the most serious behavioral problems were those with SDB symptoms that persisted throughout the evaluation period and became most severe at 30 months.

Researchers believe that sleep disorders in children could cause behavioral problems by affecting the brain in several ways:

Behavioral problems resulting from these adverse effects on the brain include impairments in executive functioning (i.e., being able to to pay attention, plan ahead, and organize), the ability to suppress behavior, and the ability to self-regulate emotion and arousal.

“Although snoring and apnea are relatively common in children, pediatricians and family physicians do not routinely check for sleep-disordered breathing,” said Dr. Bonuck.

“In many cases, the doctor will simply ask parents, ‘How is your child sleeping?’ Instead, physicians need to specifically ask parents whether their children are experiencing one or more of the symptoms—snoring, mouth breathing or apnea—of SDB.”

“As for parents,” said Dr. Bonuck, “if they suspect that their child is showing symptoms of SDB, they should ask their pediatrician or family physician if their child needs to be evaluated by an otolaryngologist (ear, nose and throat physician) or sleep specialist.”

According to the AAO-HNS, surgery is the first-line treatment for severe sleep disorders in children where the tonsils and adenoids are enlarged. Another option is weight loss for overweight for obese children.

Dr. Bonuck’s paper is titled “Sleep Disordered Breathing in a Population-Based Cohort: Behavioral Outcomes at 4 and 7 Years.”   In addition to Dr. Bonuck, other Einstein contributors were Katherine Freeman, Dr.P.H., and Linzhi Xu, Ph.D.  The study was supported by grants from the National Heart, Lung, and Blood Institute, part of the National Institutes of Health.

Portions of this article are courtesy of  Albert Einstein College of Medicine.