“Bully,” Lee Hirsch’s moving and troubling documentary about the misery some children inflict upon others, arrives at a moment when bullying, long tolerated as a fact of life, is being redefined as a social problem.

“Just kids being kids” can no longer be an acceptable response to the kind of sustained physical and emotional abuse that damages the lives of young people whose only sin is appearing weak or weird to their peers.

And while Bully focuses on the specific struggles of five families in four states, it is also about — and part of — the emergence of a movement.

“Bully” documents a shift in consciousness of the kind that occurs when isolated, oppressed individuals discover that they are not alone and begin the difficult work of altering intolerable conditions widely regarded as normal.

The feeling of aloneness is one of the most painful consequences of bullying. It is also, in some ways, a cause of it, since it is almost always socially isolated children (the new kid, the fat kid, the gay kid, the strange kid) who are singled out for mistreatment.

For some reason — for any number of reasons that hover unspoken around the edges of Mr. Hirsch’s inquiry — adults often fail to protect their vulnerable charges.

Alex, a 14-year-old in Sioux City, Iowa, whose daily routine includes being teased, humiliated and assaulted (especially on the school bus), cannot bear to tell his parents what is going on. He even sticks up for his tormenters, who he says are “just messing around” when they stab him with pencils and call him vile names.

“If not for them, what friends do I have?” he asks his distraught, confused mother.

It’s a heartbreaking moment. Equally sad — and also infuriating and painfully revealing — is a scene in which an assistant principal at Alex’s middle school tries to settle a conflict between two boys who apparently had been fighting at recess.

When she insists that they shake hands, one eagerly obliges, with a smile and an apology. The other sullenly resists, and as she scolds him for his noncooperation (letting his antagonist go), it becomes clear that this boy is the victim, and that the assistant principal’s rushed attempt to be fair is in fact perpetuating a terrible and continuing injustice.

Later, after this same well-meaning, clueless educator has similarly mishandled a meeting with Alex’s parents — showing them pictures of her grandchildren; chirpily insisting that the bus where Alex has been terrorized is “good as gold” — Alex’s mother says “she politicianed us.”

There is more “politicianing” on display in “Bully” than actual bullying, though Mr. Hirsch’s camera does capture a few horrifying episodes (one of them so alarming that he shared it with parents and school officials). 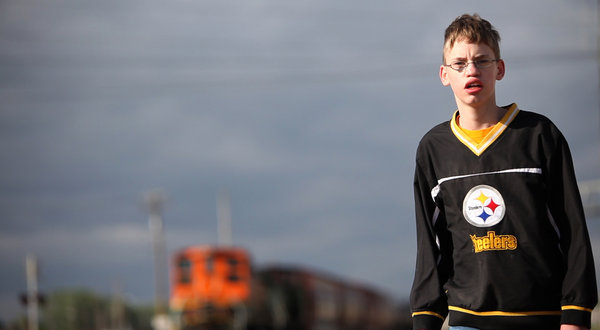 In spite of its title, Bully is really about the victims, their parents and the powerful grown-ups who let them down.

A school superintendent in Georgia denies that bullying is a big problem in her district, in spite of the suicide of Tyler Long, a 17-year-old student who took his life after enduring years of harassment and ostracism.

A sheriff in Yazoo County, Miss., tallies, with dry, bureaucratic relish, the 45 felony counts faced by Ja’Meya Jackson, a 14-year-old girl who pulled out a gun on a crowded school bus. Nothing can justify such a crime, he says.

That may be true, but his insistence on a narrow, legalistic understanding of Ja’Meya’s case betrays a profound lack of concern about the sustained and systematic abuse that she experienced at the hands of her schoolmates.

It gets worse. In a small town in Oklahoma, Ty Smalley’s suicide left behind loving parents and a devoted best friend, a self-described former bully whose insights are among the most accurate and devastating in the movie.

After Kelby Johnson, a high school student in another part of Oklahoma, came out as a lesbian, she and her family were shunned by neighbors and former friends, and Kelby was taunted by teachers as well as fellow students.

Mr. Hirsch weaves together these stories with compassion and tact, and he wisely refrains from making scapegoats of the bullies who cause Alex, Ja’Meya, Tyler, Ty and Kelby so much pain.

“Bully” forces you to confront not the cruelty of specific children…

CONTINUE READING this article about Bully by A.O. Scott at The NY Times