Study explores link between smoking during pregnancy and Autism.

Women who smoke in pregnancy may be more likely to have a child with high-functioning autism, such as Asperger’s Disorder, according to preliminary findings from a study by researchers involved in the U.S. autism surveillance program of the Centers for Disease Control and Prevention.

“It has long been known that autism is an umbrella term for a wide range of disorders that impair social and communication skills,” says Amy Kalkbrenner, assistant professor in the University of Wisconsin-Milwaukee’s Joseph J. Zilber School of Public Health, lead author of the study.

“What we are seeing is that some disorders on the autism spectrum, more than others, may be influenced by a factor such as whether a mother smokes during pregnancy.”

The study was published April 25 online by the journal Environmental Health Perspectives.

Smoking during pregnancy is still common in the U.S. despite its known harmful impacts on babies. Kalkbrenner found that 13 percent of mothers whose children were included in the study had smoked during pregnancy.

Kalkbrenner and colleagues’ population-based study compared smoking data from birth certificates of thousands of children from 11 states to a database of children diagnosed with autism maintained by the CDC’s Autism and Developmental Disabilities Monitoring Network (ADDMN).

“The study doesn’t say for certain that smoking is a risk factor for autism,” Kalkbrenner says. “But it does say that if there is an association, it’s between smoking and certain types of autism,” implicating the disorders on the autism spectrum that are less severe and allow children to function at a higher level. That connection, she adds, needs further study.

April is Autism Awareness Month, and several studies of possible links between environmental factors and autism are being published by Environmental Health Perspectives at the same time as Kalkbrenner’s study.

“The CDC recently released data indicating that 1 in 88 children has an autism spectrum disorder, making such environmental studies even more timely,” says Kalkbrenner.

Because autism involves a broad spectrum of conditions and the interplay of genetics and environment is so complex, no one study can explain all the causes of autism, she adds. “The goal of this work is to help provide a piece of the puzzle. And in this we were successful.” 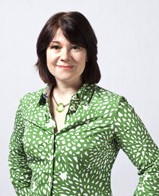 A review article suggests research directions for exploring a potential link between pesticides and autism. An editorial calls for increased discovery research to identify possible environmental causes of autism in America’s children.

“A Research Strategy to Discover the Environmental Causes of Autism and Neurodevelopmental Disabilities.”http://dx.doi.org/10.1289/ehp.1104285