How To Start Coin Collecting For Fun And For Profit

No other collecting hobby can offer you as much value in terms of story content, education, investment and satisfaction as that of coin collecting or numismatics.

Coin collecting is a hobby which grows on you throughout life.

In this age of globalization, where the world has telescoped into a village, coin collecting can have a strong international flavor, representing varied countries spread all over the globe.

Coin collecting will reveal many interesting facts such as the first ones were struck in gold and silver by the Greeks around 800 to 600 BC, the same people who today are battling bankruptcy in the Euro zone crisis. 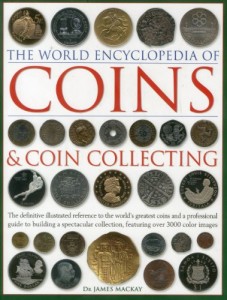 Nowadays, as they have become tokens, the choice of metal is mainly decided by factors of size, weight, color, and length of life. Copper, bronze, aluminum and alloys are widely used. New age metals such as stainless steel and chrome iron are also turning out to be popular.

They are generally in flat and round shapes but started off as lumps. They can tell stories too, of kings and famous people; of the natural wealth of many countries; of religions and of national symbols.

Do you know that from 15th August 1947, the date of India’s independence, the British monarch, George VI could no longer call himself Emperor of India? After 1948, British coins lost the letters: IND. IMP.

Coin collecting can be done in many ways: buying, exchanging and receiving some from relatives and friends.

Then there are clubs, shops, coin fairs and auctions for coin collecting. It is rewarding to be acquainted with a shop dealer for he is the best judge to decide the condition of a coin. And this is a vital matter when you wish to buy or sell coins.

Catalogues are a must for coin collecting. Catalogues provide an idea of the market value of coins as also give details of small differences  in design as well as dates when new designs appeared, or of mint marks and of numbers minted.

An intimate part of coin collecting is caring for your coins. The caring will be mechanical and tedious but the results would be well worth it when your precious collection sparkles with no discoloration or dirt reducing the visibility of designs, dates, messages and mint marks.

It is essential to keep coins clean and dry. However, they should never be polished as their surfaces could get worn out, seriously hurting their market value. They are best held only by the edges. They should be stored in plastic bags or plastic sheets or special cardboard albums with holding trays.

Proper maintenance of coins in your collection will pay rich dividends for the worth of these pieces is judged not only by their rarity but also by their pristine condition.

Recently, rare coins of George V, with the legend ‘King and Emperor’ and bearing IND. IMP., were valued at $3,000, per piece. Now isn’t that a remarkable return on your investment?

Michael Gray is a writer in the UK.