How To Take A Stand Against Bullying

Bullying has become one of the biggest issues among children, teens and even adults in last decade or so.

As the bullying epidemic continues to grow, it’s time for everyone to take a stand against bullying. Although there are many ways to prevent bulling, we need to start at the root of the problem: the cause of bullying.

“Bullying is a learned behavior that young people often pick up from either their family setting or from other students in a school environment, however there is no single identifiable cause for what motivates someone to bully others,” explains Tommy Walser, Executive Director of the nonprofit organization Students of the Know and the founder of web-based interactive program called The Bullying Academy, (www.bullyingacademy.org). 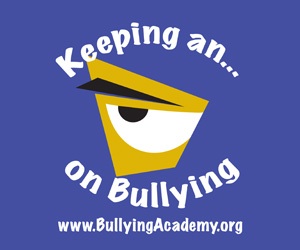 There are many motivating factors for bullying behaviors such as low self-esteem, jealousy, or feelings of inadequacy.

But keep in mind that there is no one identifiable characteristic common to all targets of bullying.

Bullies tend to search for any perceived difference between the target and themselves that they can exploit.

Although there is no direct way to prevent bullying, there are steps that people can take in order to avoid bullying.

Walser suggests that kids stay in groups, make friends through extracurricular activities or start a martial arts program to build self-esteem. “You’re less likely to become a target when surrounded by others.

The same holds true for cyber bullying; keep you social networking sites private and only connect with people you know,” he said.

Many parents are unsure if their child is being bullied, however there are key signs that parents should be aware of such as torn clothing, bruises and unexplained physical marks.

Another sign of bullying is behavioral changes i.e. not wanting to go to school, loss of interest in extracurricular or other activities that were normally enjoyed by the child.

“Parents should be taking proactive steps before bullying becomes an issue in their child’s life. Kids spend a majority of their time at school, and as such parents should be fully aware of their school’s anti-bullying policies and how administrators are responding to individual incidents,” explains Walser. In order to take a stand against bullying, schools need to start addressing anti-bullying education in the classroom.

As mentioned before, The Bullying Academy is a web-based interactive program for 4th through 8th graders that has now been implemented in about 750 + schools nationwide.

This program stresses the importance of establishing effective communication between students and all adults in their lives, but especially with parents.

According to Walser, parents should open a discussion with their child by talking about some of the issues in the media surrounding young people making destructive decisions motivated by being bullied, ask how they feel about the situation, and what they would do if they ever felt alone or attacked.

“Establishing an open line of communication, not just for bullying, but for a variety of issues is important. When parents are trying to uncover actual incidents of harassment which might be taking place in their child’s life, it’s best not to use the words bullying because for many being the target of bullying is associated with weakness or negativity,” Walsers says.

Parents have many different options when discussing more particular subjects with their kids such as relationships with friends, recreational activities, or how other students generally interact with each other at their school.

As parents offer help, the number one thing they should shy away from is overreacting when their kids are sharing information with them for the first time. Reactions should be assessed on an individual basis, and depend on the relationship with the child, but children do not often share all relevant details during their initial conversation.

Overreacting in an overtly emotion way such as yelling, could cause them to shut down and avoid divulging more details about the particular situation or not opening up to their parents anymore. So in an effort to keep your child or yourself safe, take a stand against bullying!

Tommy Walser is Executive Director of the Students in the Know Foundation (SITK) as well as program founder of the Bullying Academy.

He is originally from the South Florida area, attaining a B.B.A from the University of Miami School of Business in 2010.

He is currently attending New York University School of Law, planning on receiving his J.D. in 2013.

In leading the SITK team, Tommy utilizes his experience in non-profit management from his position as Program Director/Executive Assistant for the Environmental Coalition of Miami Beach (ECOMB, Inc.).

Developing current organizational objectives, as well as planning for the future progression of SITK, his mission is to educate students about pressing issues affecting our new generation of children.

The three general areas of focus are bullying and cyber bullying, healthy lifestyle choices including nutritional awareness and exercise, as well as growing environmental concerns.

Tommy explains that through Students in the Know, he “aims to create programs which are both effective in tracking progress of learning, but that are also immediately available to students across all communities.”