The Future Of Board Games: Crowd Funding Is The Name Of The Game

When game maker Doug Arduini received a cease and desist order from the largest board game company in the country, he agreed to stop selling his award-winning game, change the name and start all over. However, with no cash flow he turned to crowd funding to save the day.

His inspiring story has a lesson worth learning for all entrepreneurs who find themselves in a cash flow crunch.

“I had orders for my game in hand from our distributor and the best way I could think of to meet new orders was to change the name of our game, and redesign the artwork to fit the new name,” said a hopeful Arduini.  “Because I had already spent $130,000 of my own money dealing with the legal issues on our previous game’s name, I was not sure where to turn. Then a colleague told me about Kickstarter.com and I knew I’d found the answer to my prayers,” said Arduini excitedly.

Arduini thinks big. He is an electronic engineer with a passion for writing and developing games that turn serious learning into fun. He sees a need and fills it and began his quest with a solid purpose to turn important things people need to know into fun and create games with a social purpose.

His original game was called Non-Trivial Quest. It helps kids and adults learn things like history, geography, finance and math. The concept is noble – as kids grow up into adulthood, they need to know these things to be well-rounded, good communicators and how to fit into society. The game is not a test, but an education and experience. It is intended to open up discussions, be interesting, and improve memory and develop awareness.

“I started working on Non-Trivial Quest in the summer of 1987. After I took early retirement from Cisco Systems, I thought I could finish the game in three months, but quickly discovered it would take me several more years. I finally introduced the game in March, 2011.”

Arduini’s first lesson for entrepreneurs is that things take longer than you think, but you can always go from hopeless to hopeful.

“If you run into cash-flow problems as we did, this economy makes it tougher to find funding. However, a brilliant site like Kickstarter.com really changes the name of the game for entrepreneurs,” said Arduini.

Kickstarter.com is a crowd funding source that breeds success for millions of small business owners.

Create just the right video, ask for the pledges of money and when backers think your idea is worth funding, you’re on your way to a brand new product and business success.  In return the backers receive rewards tiered to their pledges.  In Arduini’s case, the rewards for your Non-Trivial Quest pledge includes limited editions of the original game, free apps, and limited editions of the new board game.

Creator Arduini must reach his goal of $20,000 to redesign his extraordinary game into video apps and a new board game.

You can help and get your reward before June 14, 2012 on Kickstarter.com 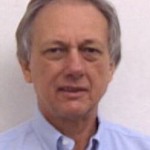 Doug Arduini is an electronic engineering consultant, product and technology developer, a writer and presenter of various technical papers and white papers. He is an inventor with 5 patents and 3 patents pending, the self-publisher of the NON-TRIVIAL QUEST and now the NON-TRIVIA QUEST™ family board game.

Contact Doug at darduini@yahoo.com for more information on the development of NON-TRIVIA QUEST™ the new family board game.