The Incredible True Story Of A Man’s Death And Resurrection

People often wonder: What is evil? What is death? What is hell? 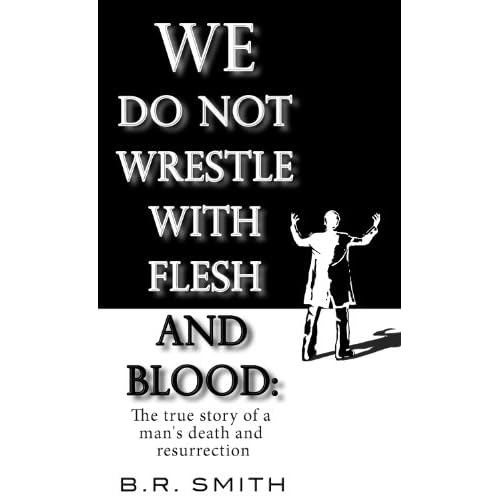 We Do Not Wrestle with Flesh and Blood: The True Story of a Man’s Death and Resurrection is the incredibly true story of Benjamin Smith – a young man who experienced all three firsthand and lives to unlock the source of evil in the depths of human souls.

This factual story relates the inner personal battles of a young man seeking truth and freedom in central London in the early 2000s.

When Benjamin Smith left his small hometown in Texas to attend college in London, he was seeking only one kind of salvation: freedom from the crushing boredom of a safe life lived and its predictable nine-to-five future.

Daring to ask if there was more to existence than a report card and a resume, he sets out to join Alex, the son of a Russian oligarch, at a prestigious English business school. The plan seems simple and foolproof: make powerful friends and make a ton of money! Believing that from effortless power and money, freedom and peace would surely follow. Isn’t that how it goes…?

Set against a fast-paced dialogue between wildly diverse cultures, the story relates how the subtle deceptions of evil can eventually destroy a life.

Masterfully written, this story is a witty but profound spiritual testimony of Benjamin’s experience when he encounters evil incarnate in the form of a sycophantic, Rasputin-like Russian, a friend of Alex, whose mysterious powers and dark intent cause Smith’s ambitions to deteriorate into a haze of drugs, deception, and danger.

As Benjamin takes readers on a wild, “stranger than fiction” exploration into the subtle deceptions of evil that lead him to a traumatic death experience—these deceptions nearly cost him his life and will have eternal consequences!

Through Benjamin’s intense death experience and subsequent spiritual awakening, he cracks the code to unmask the nearly irresistible core of evil.

To learn more about this young man’s true journey between good and evil, please visit:  www.BRSmithBooks.com.

Lynn: “From going to college in Switzerland, failing there and then going to London to college he was in for the trip of his life. With his Russian friend Alex, he knew he was going to make it big time …But that all ended when Ivan came to London…(it) did not take long to get him hooked on drinking and every drug imaginable and it seems Ivan had a hold on him he could not break. He was now like a pig living in a pig sty, and could not climb his way out till the fateful night he knew he was dying. There was only one thing to do and that was to cry out to God, to the God he had dammed {sic}, to the God he did not believe in, to God to save him…What came to mind was the parable of the Prodigal Son. Thinking he was going to live a better life, it took the demons of hell to show him what his life had become. If you do not believe that Satan is real and has power here on earth, finish this story.”

Myrrkin: “This book doesn’t gloss over anything. Benjamin takes us along with him on a frightening journey into the depths of hell itself and back to God again. But this isn’t a work of fiction. Ben tells it like it happened…in a work of brutal honesty and personal testimony…Ben certainly found that out for himself, and through Christ’s help, he found victory.”

Sarah: “I’ve read this book through 2 times and both times I get pulled in. This true story really shows you the ill effects of choosing your own path. I recommend this book to anyone who loves a good book that battles between light and dark…buy it today and read it for yourself!”