ADHD is one of the most common childhood disorders, with more than 5 million cases.

ADHD can also affect adults, although in a much different way than it does children.

Problems staying focused are usually noticed in children by teachers and parents. In adults, ADHD can manifest itself in problems with staying focused at work or trouble maintaining a steady relationship.

Regardless of when the condition appears, dealing with ADHD can be a challenge, especially when it comes to getting a correct diagnosis and finding a treatment that works. 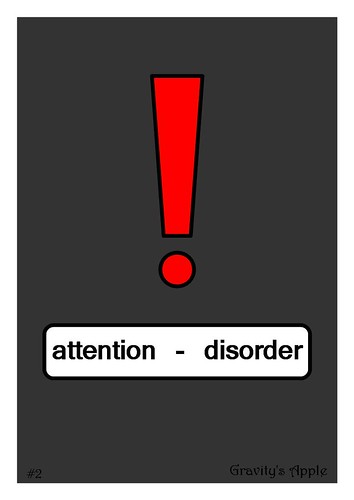 No Formula for Having ADHD

There is no specific formula that determines your odds of having ADHD. While children who have the condition often carry some of the symptoms into adulthood, ADHD can affect adults who never displayed any symptoms as a child.

ADHD may have been present during childhood, but not diagnosed. It is believed that stress can aggravate ADHD. Since there tends to be more stress and responsibility as you become an adult, it’s possible that symptoms only present themselves later in life.

Some studies do link factors such as parenting styles, diet, low birth weight, and use of alcohol and tobacco during pregnancy to ADHD in children. Stress appears to be the main factor in adults with ADHD.

ADHD symptoms usually appear in children between the ages of 3-6 years of age. Symptoms in children fall into three general categories: inattention, hyperactivity, and impulsive behaviors. While all children display these characteristics to some extent, they tend to be more noticeable in children with ADHD. Signs of ADHD in children may include:

ADHD symptoms in adults often present themselves as life factors such as holding down a job, paying bills, and other typical tasks fall into place. Symptoms in adults are often overlooked because they are not as pronounced as they are in children. The primary sign of ADHD in adults is usually a lack of concentration often required for things such as performing a task for work or dealing with traffic. Signs of ADHD in adults may include:

Medication is used to treat ADHD in both children and adults. Other approaches to treatment are different for children and adults. Typical efforts to manage ADHD in children include minimizing distractions such as television and music while performing a task; reducing choices for things like clothes, food, and other daily decisions; setting small goals; and providing a reasonable reward for achieving those goals.

Adult treatments generally include an emphasis on better time management, using memory aids such as Post-it notes, making a list of tasks that need to be done, and letting others know of your condition to foster an environment of support. Even changes in diet and sleep habits may be beneficial.

Treatments vary in children and adults. The basic goal in either case is to create a level of support and understanding to make dealing with the condition as easy as possible. While certain symptoms may indicate ADHD, only a doctor can make an official diagnosis.

Mary Hardin is a freelance blogger who writes about ADHD. She recommends checking out this Website for further information and for a list of useful Medications.