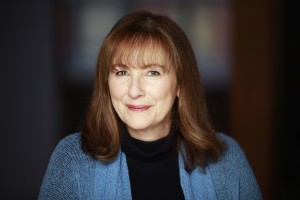 Barbara Arrowsmith-Young was born burdened with a number of extremely serious learning disabilities, including a severe inability to understand logic and cause and effect or to understand events in real time.

When she read about lab experiments that demonstrated plasticity in animals given cognitive exercises, she began to develop her own brain exercises. This was astounding for two reasons. First, because she was able, despite her learning problems, to persist, reading difficult articles multiple times until she could break through her mental fog and understand them. Second, because she was able to use what she learned to create mental exercises that worked and lifted that mental fog once and for all. Usually in science, those who make breakthroughs in treating brain injury are fiercely intelligent people with extraordinary brains, working with those who have severely compromised brains.

Arrowsmith-Young played both roles. And because she had been so disabled, she went on to develop numerous exercises for her other learning disabilities. At the end of this process, she found she was sufficiently equipped to open a school that could treat many of the major learning disorders.

Open since 1980, this school has now had more than 30 years to refine these exercises and to develop a brain-based diagnostic approach to learning disorders. To my knowledge, it is still the only school completely devoted to helping students, not to work around their brain problems — which is still standard practice in most schools — but to work through them, building up the students’ relatively weak brain areas with brain exercises. It treats more learning disorders, to my knowledge, than any other school of its kind. As I envisage the future of neuroplastic education, I think that Arrowsmith-Young’s notion of a school that has multiple brain exercises at its core for much of the day is the most promising model to get children back on track as quickly as possible.

This is not to say that everyone who has tried Arrowsmith-Young’s exercises has succeeded; she has never made that claim, and would be wary of anyone so enthusiastic as to make it. No treatment works for everyone all the time, and I believe this is in part because our neuroplastic brains all develop differently, based on our genetics and experience. There always has to be some healthy tissue available for neuroplastic work to be done. In some brain-damaged children, the healthy tissue is very limited — but not in most. To this ideal school for learning disorders, I would add developments in neuroplasticity as they came along. Arrowsmith-Young’s exercises are superb for dealing with cortical problems, but there are also new developments that address subcortical problems, and there is a role for neurofeedback and for sound-based interventions as well.

I can report having spent not several days but several years, many days a week, in the Arrowsmith School observing the results described in these pages, and I got to know many of the students described. Watching them over the course of several years, I saw them grow and develop. I observed their changing test scores, read the group data from the school, took the brain-based assessments, tried the exercises, and referred people, and I can attest to the remarkable progress that the substantial majority of students made. This is all the more impressive because most of them had previously tried, and failed, to progress using “compensations” that worked around their problems. I am not against compensations; often they work for people who have one or two areas of difficulty. But most children diagnosed with learning disorders have dysfunctions in a number of areas, as will be described in this book —even if they present with a single symptom, such as difficulty reading — and sometimes they don’t have enough alternate brain areas to work around their problems. In these cases, they must use brain exercises to build up new processing areas. Another problem with compensations is that every time we choose to work around a brain area, we neglect it, further weakening what it can do.
— Dr. Norman Doidge