How Vision Impacts Learning In The Classroom

Almost 70 percent of people from around the world would rather give up 10 years of their life, or even sacrifice one of their limbs, than lose their eyesight.

Yet less than one third of those polled take the basic steps necessary to preserve eye sight, according to the “Barometer of Global Eye Health,” a global survey released by Bausch + Lomb.  As adults, eye exams often get pushed to the bottom of the to-do list, although this should not be the case for adults, and especially not for children.

During the school year, parents make sure their children have the right school supplies, visit the pediatrician, and visit the orthodontist as needed.

Often, the eye care professional is forgotten about, but since 80% of learning in the classroom is based on vision, it’s important that children have annual exams, especially once they are over the age of five.

While an annual eye exam will help protect a child’s vision, there are signs to keep an eye out for at home as well.  Children often have a difficult time recognizing they have a vision problem, because they are not aware of what’s normal, and have nothing to compare it to.  Much of the time, children will find a way to compensate for their declining vision, rather than complain to mom, dad or a teacher.

As a result, it’s recommended to watch for the following:

If any of these symptoms are displayed, schedule an eye exam immediately with an eye care professional. After all, 80 percent of visual impairment is preventable if detected and treated early enough.

If it’s determined that vision correction is needed, parents will have the option to choose between glasses or contacts.  Sometimes we’ll see children head straight into contacts, while others will try glasses.  For those in glasses, at some point or another, they will inquire about getting contacts during an eye exam.  I’ve seen my patients ask for contacts for all different reasons.  Some say they’d like peripheral vision on the playing field, while others believe it’ll improve their self-esteem.  While parents may think their child is reaching for excuses to switch to contact lenses, studies echo these teens and tweens.  The ACHIEVE study showed that teens and tweens fitted in contacts had an improved performance in the classroom and on the athletic field, as well as an increase in self-confidence.

So how do you know your child is ready for contacts? Unlike a driver’s license, there isn’t a set age that your child is ready for contacts.  Instead, it all depends on your child’s maturity level, as contacts require a certain level of responsibility compared to glasses.  While optometrists have fit children as young as 8-years old, we’ve found that these children are careful with their belongings and rarely lose them, as well as practice good hygiene, washing hands and brushing their teeth frequently.

For children and teenagers, often we prescribe lenses that are easy for children to use and minimize the risk of infection, like daily disposable lenses.  Dailies, like Bausch + Lomb’s SofLens daily disposables, are changed daily, so at the end of the day, children throw away their contacts and then use a fresh, clean pair the next day, minimizing the risk of infection.  This type of lens is also perfect for the child who isn’t ready for a full-time commitment to contacts, but wants to be glasses-free on days where there is an athletic event or school performance. Best of all, over the past several years, the costs of contacts have become much more affordable.  Daily disposables cost less than $1 a day, less than an iTunes song or a cup of coffee.

Vision is critical to learning, so it’s important their vision is in top shape, especially as the school year gets underway.

For students requiring vision correction, contact lenses can lead to an improved performance in the classroom and on the playing field.  As you and your child get ready to head back to school, be sure to make an appointment for an eye exam to ensure that your child has a successful and healthy school year.  After all, how can your child learn if they can’t see? 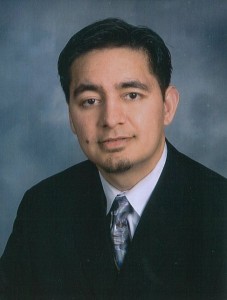 Dr. Toseef Hasan is a Chicago native who graduated from the Illinois College of Optometry in 2003.

He worked with a pediatric opthamologist his first two years before opening his first Walmart Vision Center in Addison, IL in May 2005, and then opening his second store  in Glen Ellyn in April 2006.  He currently resides in Woodridge, IL.