Managing Angry ADHD Outbursts And 7 Tips On How To Cope

When you ask parents of children with ADHD, what is the most worrying thing about their condition, they may come up with one or several of the following disturbing and troublesome symptoms

The last one, an angry outburst, causes most upset for the person on the receiving end and also for the person reacting angrily. What we have here is a complex situation where many factors are intertwining.

1. The first thing is to try and identify when anger happens and if there is any pattern at all. There must be!  I know parents and kids who have kept journals trying to get that pattern and very often they can find a clue there as what are the triggers.

2. The second way to cope is to talk through the whole anger process. We can raise awareness in the child if he is old enough that anger can take over our lives and begin to control us and that is a negative trend. We can explain how we deal with anger and how to channel it in ways that are not violent explosions or wrecking things physically.

Once that awareness is planted which is like sowing a seed, we can make progress because the child will realize that he is the one in control, not the anger, the emotion and all the rest.

3. There are channels to let them get rid of their hyperactivity and restlessness and these can be anything from individual sports like wrestling and other games. Yoga, pet therapy and meditation are often mentioned as solutions.  Often kids are so tired that they have not got the energy to have an outburst. It is also amazingly effective in helping with sleep problems.

4. Diet needs to be looked at because there are lots of studies that show that a proper diet can actually help the brain to focus and to calm the whole nervous system. We know that a lack of magnesium and zinc is often found in ADHD kids and that this can actually increase their levels of hyperactivity and restlessness. Taking supplements can often be a very easy way to help you cope.

If the kids’ diet is rich in sugary carbohydrates, this may cause  a mood swing and that sometimes is one of the triggers for an angry explosion.

5. I know some parents who have to restrain their kids physically by putting them on their laps and hold them tightly and help them calm down. The parent talks to them reassuringly and they tend to calm down so that they can hear what you are saying!  This can take some considerable strength and also patience but it can have a calming effect.

6.  If our kids are on psychostimulants we have to face the issue that this actually can increase angry outbursts while resolving some of the other problems. I know parents who have changed and found that anger was lessened but other parents were not so lucky. It might be wise to consider taking a homeopathic remedy where there are no side effects at all and also your child might even get a good night’s sleep.

7. All these tips are not going to work! You just have to try and see what works best with your kid and that could mean trial and error. We should remember the greatest word in any ADHD treatment program is support. Michael Phelps, the greatest Olympic champion who has repeatedly said in many interviews that this is the most important ingredient of all. 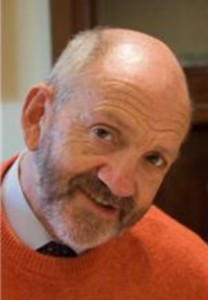 Robert Locke has researched and written extensively about ADHD issues and parenting for several years. You can visit his site on ADHD treatment options .