Tips To Help Your Teenager Find A Job

As we mature through our teenage years, one of our first major steps into adulthood is working that first job.

“A first-time job may be awkward and an all-around rude awakening for many, but the accompanying lessons of responsibility and perseverance are absolutely vital,” says financial expert Mark Hansen, author of Success 101 for Teens.

“Also, we get our first taste of earned money – how to spend it, and the value of budgeting it for larger purchases.”

But this summer continues a trend in recent years: there simply are not enough jobs to go around during this rough economy. The 2011 summer employment average – peak season for those aged 16 to 24 – was only 48.8 percent for young people, according to data from the Bureau of Labor Statistics. That’s the lowest percentage since the Bureau began collecting such data, in 1948.

This year, so far, the rate is virtually the same, and many young people have simply given up their job search. 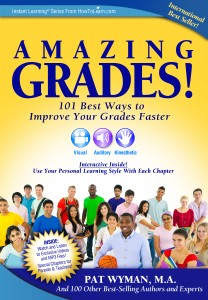 “This is a potentially devastating trend with long-lasting consequences,” says Hansen, whose adult life has been largely defined by his response to the obstacles he overcame after being hit by a car as a child.

“We know the negative effects experienced by adults who go without a job for long periods, but unemployment can be worse for teens. Think about idleness, an increased risk of juvenile delinquency, undeveloped or atrophied technical and social skills and, of course, a lack of money.”

Just because there are fewer jobs, however, doesn’t mean young people are powerless to improve their situation. Hansen offers alternatives for self-motivated teens:

• Untapped markets are everywhere: It may be true that the once low-hanging fruit, such as fast-food positions, are being taken by adults, but a teen’s job search needn’t end there. Today’s young people have a distinct advantage over older folks – they were raised on computers, which may include knowledge of graphics software, sound and video programs and much more. These skills may be parlayed to help market events for neighbors, family members or a small business.

• Good, old-fashioned manual labor: Computers and related skills have changed the world, but a smartphone is not going to cut a neighbor’s grass, clean his garage or move his furniture. Consider offering a competitive price for these tasks; neighbors are often sympathetic to young people looking to make an honest dollar.

• Volunteer your time: Nowadays, high school students receive credit for dedicated volunteer hours, which are routinely applied to scholarship efforts. Beyond the expectation of a corollary reward, youth are more than ever attuned to the innate sense of satisfaction gained from helping others. Several studies have shown that people are rewarded with a sense of purpose and well-being while helping others, according to the American Psychological Association.

• Beefed-up allowance for added chores: Parents are busier than ever these days, which often mean chores around the house suffer. While most may not be able to afford the kind of wage a teen could earn at McDonalds, an increase in allowance can nevertheless motivate a teen who needs spending money.

A successful businessman, a former Palm Beach County, Fla., elected school board member and motivational speaker, Mark has dedicated his life to helping young people overcome obstacles and deal with the challenges of daily living. Struck by a car and nearly killed as a child, Mark fought back through positive actions and reactions to all that he had to overcome. As a result, he relates to teens in a very special way.

Through books such as, “Success 101 for Teens: Dollars and Sense for a Winning Financial Life,” and seminars, Mark Hansen is driven to make an impact on teens and young adults and to empower them to rise above and triumph over life’s obstacles.  (www.7habitsandtraits.com)