What My Parents Didn’t Do for Me

The end result of good intentions for our children is that too few reach adulthood having been given the opportunity to shoulder onerous responsibility and solve complicated problems for themselves and for others. 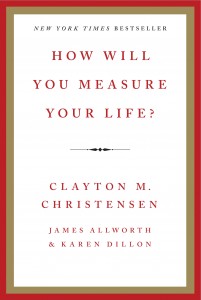 Self-esteem — the sense that “I’m not afraid to confront this problem and I think I can solve it”—doesn’t come from abundant resources.

Rather, self-esteem comes from achieving something important when it’s hard to do.

At the time of this writing and for the first time in modern economics, unemployment among young men is higher than almost any other group in America and, indeed, this is true of many developed countries around the world. How could this be?

Reasonable people can debate whether this is the result of the economic policies of past decades, but I think another factor is contributing to this situation. I worry that an entire generation has reached adulthood without the capabilities—particularly the processes—that translate into employment.

We have outsourced the work from our homes, and we’ve allowed the vacuum to be filled with activities that don’t challenge or engage our kids.

By sheltering children from the problems that arise in life, we have inadvertently denied this generation the ability to develop the processes and priorities it needs to succeed.

I’m not advocating throwing kids straight into the deep end to see whether they can swim. Instead, it’s a case of starting early to find simple problems for them to solve on their own, problems that can help them build their processes—and a healthy self-esteem.

As I look back on my own life, I recognize that some of the greatest gifts I received from my parents stemmed not from what they did for me—but rather from what they didn’t do for me. One such example: my mother never mended my clothes. I remember going to her when I was probably about in third grade with a pair of my Levi’s that I ripped on the playground at school.

This was serious, because I had the standard family ration of two pairs of school trousers. So I took them to my mom and asked if she could repair them. She showed me how to set up and operate her sewing machine, including switching it to a zigzag stitch; gave me an idea or two about how she might try to repair it if it were she who was going to do the repair, and then went on her way. I sat there clueless at first, but eventually figured it out.

Although in retrospect these were very simple things, they represent a defining point in my life. They helped me to learn that I should solve my own problems whenever possible; they gave me the confidence that I could solve my own problems; and they helped me experience pride in that. I have no memory now of what the repair to the knee of those Levi’s looked like, but I’m sure it wasn’t pretty.

When I looked at it, however, it didn’t occur to me that I might not have done a perfect mending job. I only felt pride that I had done it. As for my mom, I have wondered what she felt when she saw me walk out the door to school wearing those patched-knee trousers. Some mothers might have been embarrassed to have their child seen in such tatters—that it evidenced how few pennies our family had to spare. But I think my mom didn’t even look at my Levi’s. I think she was looking at me, and probably saw in me the same thing I saw in the patch: “I did that.”

Adapted from “How Will You Measure Your Life?” by Clayton M. Christensen, James Allworth, and Karen Dillon, Copyright © 2012, by Harper Business, an imprint of HarperCollins.

Clay is the Kim B. Clark Professor of Business Administration at the Harvard Business School, where he teaches one of the most popular elective classes for second year students. He is regarded as one of the world’s top experts on innovation and growth and his ideas have been widely used in industries and organizations throughout the world. A 2011 cover story in Forbes magazine noted that ‘’Every day business leaders call him or make the pilgrimage to his office in Boston, Mass. to get advice or thank him for his ideas.’’ In 2011 in a poll of thousands of executives, consultants and business school professors, Christensen was named as the most influential business thinker in the world.

James was in Clay’s class the semester he was first diagnosed with cancer — and part of the original class conversation that led to the article in Harvard Business Review, and in turn, this book. As he neared the end of his master’s degree program at HBS, Clay asked James if he would consider staying on at HBS after graduation to work with him as a fellow in the Forum for Growth and Innovation. This book is a direct result of that work. James earned his MBA from HBS in 2010 having been named a Baker Scholar, a distinction which signals the top 5 percent of all graduates.

Until she began working on this book, Karen was the Editor of Harvard Business Review, arguably the most influential management magazine in the world. She was one of only 5 people selected for the company’s designated high-potential “Leadership Cohort” development program in 2008. She has been managing people since very early in her career, which has led to a particular interest in the topics of leadership and managing and developing people — as well as managing yourself. During her tenure at HBR it has twice been honored as a finalist for General Excellence at the National Magazine Awards.