3 Reasons To Teach Your Child A Second Language

Did you know that the United States of Americahas no official language? Of course, American English is the most commonly spoken language. However, it only exists as a kind of unofficial “official” language. Alternately, you may find it interesting to learn that 12% of the population speaks Spanish and one million people speak Vietnamese. 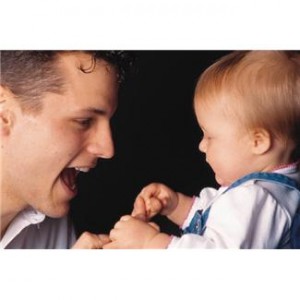 The United States of Americaexemplifies the phrase “melting pot” perfectly. When I was growing up, I went to school with people fromGuatemala, the Philippines,Mexico,India, and theMiddle East. Over the years, I’ve tried to pick up a second language on various occasions. However, each effort was thwarted before I really get started.  I’d always wondered if my brain was just impervious to learning another language or if other adults faced the same problem.  My curiosity led to interesting findings.

I came across this fact – the prime time to teach your children a second language is before they turn five years old.  Oh, how I wish my parents had known this!  One bright spot in my otherwise dismal outlook on language acquisition is this – at least I won’t make the same mistake with my children!

If you haven’t jumped on the learn-a-second-language bandwagon yet, here are three arguments in favor of teaching your small child another language.

As children grow up, they lose many of the characteristics that help them to easily learn a second language. Because they are still mastering the ability to speak their first language, the learning process for the second language won’t interfere with the mastery of the primary language. As we get older, it becomes more difficult to learn a new language because we have been speaking English for so long.  Our brain loses the ability to processes a new language syntax.

When children learn a new language, they have a greater capacity to appreciate other cultures. If your child grew up learning Chinese, he or she would undoubtedly learn things about the culture. When a child becomes more familiar with other cultures and demographics, he or she will learn to respect that group of people, as well as appreciate his or her own country.

Learning a second language also helps with travel. If your child grew up learning Spanish, then he will have no problem getting aroundMexicoon a family trip. It makes things a lot easier in an increasingly globalized world where travel is more common.

3. It practically guarantees a better job in the future.

Let’s face it: at a job interview, the person who knows a second language will usually win out over a person with the same qualifications, sans additional language skills. Many companies have locations overseas. Additionally, companies want to reach out to as many potential customers as possible. If they have employees who speak languages like Chinese or Spanish, they can reach out to larger demographics.

While a job may be a long way in the future for your toddler, it is best to get started now. By the time they reach the point of college applications and resumes, they will be fluent in a second language. In addition to working in business, second-language speakers can also find well-paying jobs in fields such as translation (written and spoken) and teaching.

So you’ve bought into the concept, now what?

Teaching your child a second language doesn’t have to be difficult. In fact, it is just like learning any new skill or hobby. Anything worth doing takes time and dedication. Just as your child will begin to ride a bike with training wheels before they move up to a two-wheeler, he or she will need to take time in learning a new language.

While it is easier to master a second language when it is introduced early, remember that learning a new language will still take time. Work with your child for at least a couple of minutes each day, or work on integrating a few words into your conversation every week. Think of fun ways to incorporate vocabulary, such as using the new language to describe each article of clothing when the child gets dressed in the morning.

Another fun way to incorporate a new language into your child’s life is through hiring babysitters who speak another language. If you and your spouse want to have a date night, find a friend who speaks Spanish (or knows someone who does).

It will definitely take a lot of patience and plenty of practice, but your child will thank you some day! 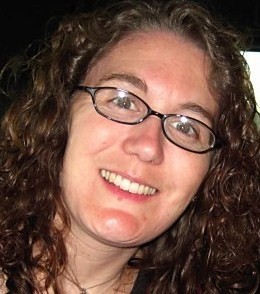 Jessica Velasco and her husband are in the process of teaching their son both Spanish and English.  Jessica works in Tampa real estate and knows just how valuable bilingualism can be; she hopes her son will be better prepared when he enters the workforce someday.  So far, the learning process has been both challenging and rewarding!