Test It and Find Out: Who Wants Ice Cream?

The other option is to throw a mid-freak-out curveball, and declare, from left field, “I really need an ice cream cone. Wish I had somebody to go with me!” and see how long it takes your munchkin to dry the tears, put on the shoes, drop the clown act, and focus in. If he stops and straightens up (note: this is not a bribe, but a full 180 from where you were going), then you know it was for your engagement. Remember, emotions last only seven seconds. If you don’t believe me, consider your most frustrating moment and how angry you can be and act. If, during that moment, you heard that your child was missing or your dog was hurt, would you hold onto that anger or let it go? It’s the same thing here. Your child just needs something else to think about and if he’s easily distracted out of the anger, it’s not real.

If he doesn’t respond, repeat with hugs and kisses.

After the first and second acts, there is a third act, in which parents take over the stage, put on the mask, and participate in a healthy dose of pretending that this is how the real world will respond to their child’s shenanigans.

When we engage in the cheap drama, when we act as if it’s our responsibility to make things okay for the kids, we are saying to the kids, “Hey, you can expect this same indulgence from everyone else in the world, my darling,” and this is just not true. No one will indulge kids in their attempts to hold people hostage by engaging in cheap drama. The truth is, anyone else witnessing a child having a temper tantrum, myself included, will merely step over them and wish them well. They won’t waste a minute of their time on the dramatic tactics. Oh, sure, we wish the child wasn’t so unhappy, but we all know deep down that nothing “bad” happens as a result of a meltdown, other than the parents being inconvenienced or looking like they can’t control their kids.

The truth is that the job of every parent is to adequately represent to their children what they can expect from the outside world if they behave in certain ways. Offering a full-time audience is not an adequate response to nonsense, cheap drama, or other such behaviors. And again, it becomes a case where we’re trying so hard to stop the chaos that we, in fact, set a stage for the behavior to continue!

Next time you’re about to go there, think, WWWD? What would the world do? Hint: just keep it moving. 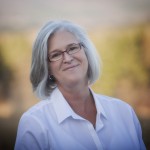 Vicki Hoefle is a professional parent educator and the creator of the Parenting On Track™ Program.

Vicki Hoefle began teaching more than 20 years ago, while running a daycare center in Seattle, WA. Parents applauded her approach with their children, and wanted to bring her tools and understanding of children home with them. After years of study and everyday practice, Vicki developed the Parenting On Track™ Program, which combines her expertise in Adlerian Psychology and as an ICF certified coach with a suite of time-tested tools.

Vicki can speak first-hand to the real world implementation of these strategies with her own family of five children. For more than two decades, Vicki has shared her parenting tips and techniques with families across the country. Her informative and highly engaging presentation style keeps her in demand as a speaker, facilitator, and educator.