For most women, breastfeeding is a given. Get pregnant. Give birth. Breastfeed. 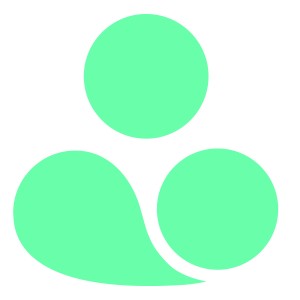 For nearly every mother who tries, but is unable to breastfeed, there is a cause begging for the right solution. Usually the solution is simple—place the baby skin-to-skin, watch for early hunger cues, improve position/latch. But too often, infant formula becomes the default solution. And while formula can provide adequate nutrition, there are other options worth exploring—ones that are sure to give your baby a better start.

Even though some mothers and babies can’t breastfeed directly, babies can still be fed a mother’s own milk (MOM) by spoon, cup, or bottle.

Pros: Babies get the infection protection that only human milk can provide.

Cons: Moms need to express, collect, and store their milk throughout the day.

Donor milk is available from non-profit milk banks, which operate under guidelines established by the Human Milk Banking Association of North American (HMBANA). Moms can also share milk on a one-to-one basis—I’ve got it; you need it; take it. Critics claim that milk-sharing isn’t worth the risk; proponents argue that it can be done safely and should be supported.

Pros: Babies get some, if not all, of the benefits of human milk.

Cons: Banked milk is expensive ($2.75 per ounce on average), requires a doctor’s order, and is not widely available (there are currently just 12 milk banks in North America). Processing (pasteurization) destroys some of the properties of human milk. Casual sharing of human milk (from mom-to-mom) can increase the risk for disease transmission.

Despite evidence of a comeback of both practices, HMBANA’s official position on wet-nursing/cross-nursing is clear: “The practice of casual sharing of milk or procuring milk from any source other than an established donor human milk bank operating under HMBANA Guidelines, or similar guidelines established in other countries, has potential risks for both the recipient and the donor or her child. HMBANA does not endorse the practice of selling or purchasing human milk, human milk components or human milk by-products.”

The World Health Organization (WHO) takes a more relaxed view on cross-nursing, at least in emergencies. After tsunamis devastated South Asian communities in 2004, the WHO released a statement on emergency child-feeding: “In exceptionally difficult circumstances… the focus needs to be on creating conditions that will facilitate breastfeeding, such as establishing safe corners for mothers and infants, or helping mothers relactate… Every effort should be made to identify ways to breastfeed infants and young children who are separated from their mothers, for example by a wet-nurse (if culturally acceptable).”

Pros: Babies get the benefits of human milk as well as breastfeeding. (Yes, breastfeeding provides more than just milk!)

Cons: Human milk can be a vehicle for disease transmission. Wet-nurses may opt to feed other babies at the expense of their own.

No list of feeding options would be complete without supplemental feeding devices that simulate breastfeeding for a mother who is unable to produce enough milk. A supplemental nursing system (SNS) is designed for those mothers (such as adoptive mothers) who would like to breastfeed, but simply don’t have enough milk. Supplemental feeding devices consist of a container that hangs on a cord around the mother’s neck and two pieces of tubing. One end of the tubing is attached to the top of the container; the other end is positioned near the mother’s nipple. When the baby breastfeeds, milk (MOM, donor milk, or formula) flows from the container, through the tubing, to the baby. A supplemental nursing device can also be used to stimulate milk production in mothers with low milk supply (such as mothers of preemies).

Pros: Babies (and moms) get the benefits of breastfeeding.

Cons: Use of an SNS may make it more difficult to breastfeed discreetly. There is a small cost involved. Setting up the device for each feeding and cleaning it afterward takes time.

When human milk (MOM or donor milk) isn’t available, infant formula is the third best option. But infant formula is not risk-free. In 2007, the WHO issued guidelines for the safe use of powdered infant formula, after a number of premature babies died from infection due to contaminated formula.

Given the many options (soy, cow’s milk-based, hydrolyzed, iron-fortified, DHA-fortified, etc.) mothers choosing to formula-feed, whether it be exclusively or in combination with breastfeeding, are urged to talk with their child’s health care provider before giving their baby formula. This is especially true of soy formula, which has recently come under FDA scrutiny for false claims by manufacturers.

Pros: Widely available. Feeding responsibilities can be shared. (Though the same is true of breastfed babies who can be fed their mothers’ expressed milk in a cup or bottle.)

Knowing that infant feeding choices have life-long consequences, it’s easy to understand why mothers go to enormous lengths to breastfeed or to at least give their baby breast milk. When 5-in-10 mothers  fail to reach their breastfeeding goals, it’s time for society (teachers, health care providers, employers, government officials, insurance providers, etc.) to step in.

After all is said and done, ensuring that babies are not just well fed but best fed should be everyone’s goal. 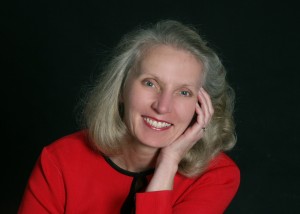 Amy Spangler, MN, RN, IBCLC, is a world-renowned breastfeeding and child nutrition expert. She earned a bachelor’s degree in nursing from The Ohio State University and a master’s degree in maternal and infant health from the University of Florida.

Spangler has served as the Chair of the United States Breastfeeding Committee and President of the International Lactation Consultant Association. Spangler currently serves as President of baby gooroo [http://babygooroo.com], an online resource where parents and health professionals can access timely information affecting the health of babies and young children.