Fastest Man in the World: The Tony Volpentest Story

Tony Volpetest, born without hands or feet, is a four-time gold medalist and two-time world record holder at the Paralympics, as well as a five-time World Champion Sprinter.

His new book, “Fastest Man in the World”, outlines his accomplishments of overcoming the challenges faced throughout his career. Ross Perot is a good friend of his and helped write the forward. 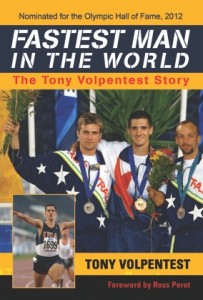 Time had slowed to a heartbeat. It was just like in the movies, where you can hear every beat of a butterfly’s wings as it lands on a blade of grass, or a drop of sweat trickling until it lands with a “plop” on the pavement. Your senses are so heightened that you can hear not only your own heartbeat but also that of the person next to you.

I focused. Butterflies in my stomach swirled and churned to get out. I took a deep breath and, like I had done so many times before, imagined the butterflies calming to fly in formation. Breathe in . . . breathe out. The butterflies settled and started flying together. I focused on my breathing.

But the noise—the cheering, clapping, stomping of thousands of people—drummed in my ears. Focus . . . breathe . . . focus, I told myself. Then a sort of tunnel vision overcame me; it was like I was going into a cocoon and everything became silent except for my own breathing and heartbeat.

In a clarifying moment I heard the words of my mother, Betty, ring in my ears. It was the phrase I had heard so many times before, the same ones she uttered on the day I was born. “If there was any doubt about our mission in life, there is no doubt now.” 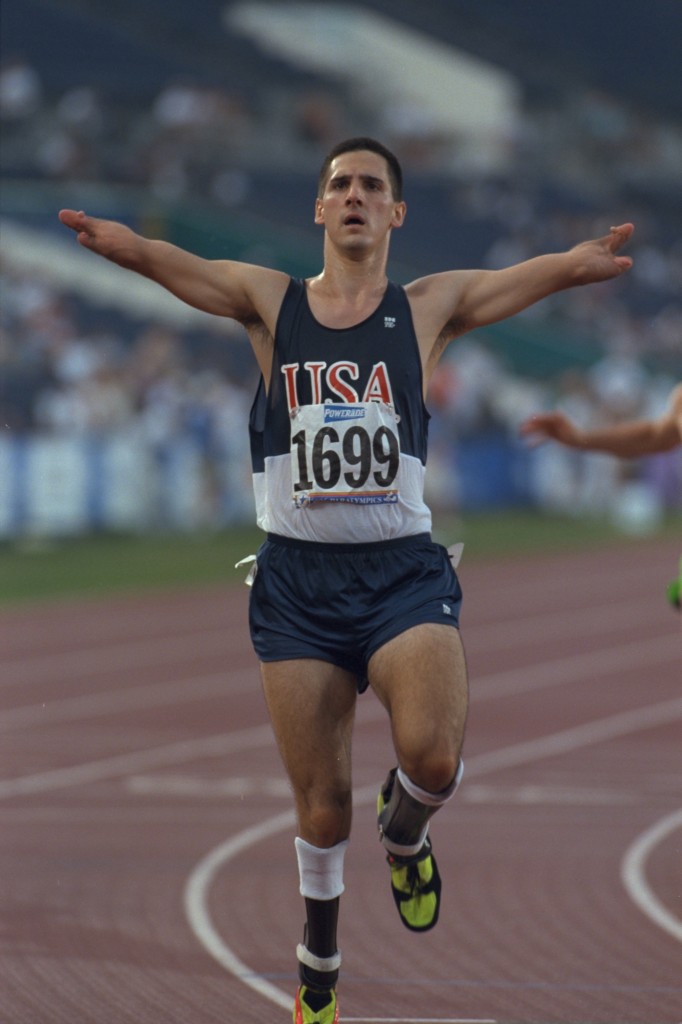 I was snapped out of my reverie by the pop of the starting pis–tol. Adrenaline rushed through my body and up to my head and I catapulted my body forward, forcing my legs to pump ahead with every ounce of strength and energy I had. I still did not hear the screams, the cheers of encouragement. I was utterly focused. Now that I was up and moving, I kept my body low, pushing for–ward. Because as we all know, a body in motion tends to stay in motion . . . and I wasn’t going anywhere but forward as fast as was humanly possible. I felt my torso extend as I transitioned out of my crouch and pushed against the ground beneath me.

Blood pounded in my ears. It was like I was flying ahead, and with every step I emerged further from my tunnel vision. I began to hear the people again. The large crowd was raging. My hearing snapped back as if I had just taken out earplugs. Even as I sensed the tension and expectation around me, I felt my body hit its final gear. There was no stopping me . . . I flew by everyone else, leaving them in my wake.

In an instant it was over.

For me there has never been a question of my mission in life; I feel I’ve known it since the day I was born.

The race I’d just run was over, but what had started as a flame burning brightly inside me had just become an inferno, for I had more to prove—and would for the rest of my life.

Born without hands or feet, Tony Volpentest made his international debut as a 17-year-old, winning three golds at the 1990 World Championships.

Tony Volpentest is a four-time Gold Medalist and five-time World Champion sprinter (he carried the Olympic flame at the 1996 Olympics) and still holds 3 world records and now works with others pursuing Gold, and speaks to audiences around the world on the importance of excelling in pushing beyond perceived limits and renewing determination.