Raising Young Risk-Takers: Why It’s Worth A Parent’s Time To Encourage Kids To Challenge Themselves

Aidan Sommers, 10, of Ben Avon, Pa., took a big risk when he decided to turn an idea into reality: He has been working for months on an app called RoX, a mobile version of rock, paper, scissors with many more twists.

Once it’s offered online, probably by mid-February, he wants to donate some of the profits to help kids in Haiti. Aidan’s father, Bob, said that in addition to the challenges of the project, his son had to overcome intense fears about being interviewed by the local newspaper.

“I was very proud of him as he got through the first interview without getting sick,” Bob Sommers says, adding that the experience has helped build Aidan’s confidence to the point where he has since made speeches to various classes at his school about his dream and its goals. And although Sommers and his wife are providing financial support, he says that “regardless of the money risk my wife and I are taking, the real risk-taker is Aidan.”

He’s on to something. Parenting experts say that children who are encouraged to take reasonable, safe risks — with the guidance and support of their parents as they leave their comfort zone — tend to grow in confidence, are willing to make mistakes and use each failure as an education.

“Teaching children the skill of reaching and risking happens similarly to most life skills we impart to them — by modeling the behavior, talking about it and giving them lots of opportunities for both success and failure,” says Dr. Deborah Gilboa, clinical assistant professor at the University of Pittsburgh School of Medicine, a parenting speaker and mother of four. “When parents and mentors look for examples of bravery and initiative and label those as ‘positive risk taking,’ it gives kids the chance to think about what positive risk taking means.

“Conversation and thought will help children and teens identify more of these opportunities. When we admire this behavior and name it — in them, ourselves, others — we set this up as a model for our children to follow. Kids are building lifelong habits.”

In contrast, says Edie Raether, a Charlotte, N.C.-based parenting coach, parents can sabotage their children’s potential success with “overindulgent negligence,” or overprotection and a sense of entitlement — behaviors that convey a message of doubt and can deplete the self-confidence that will stimulate healthy risk.

In her presentations, Raether uses famous entrepreneur and risk taker Richard Branson as an example of someone who was encouraged to take risks as a child, with his parents’ support, and became confident enough early on to start businesses as a teen — and watch them fail.

Today, his Virgin Group has hundreds of businesses in at least 10 distinct business sectors, according to Virgin.com. But long before he became a billionaire, Branson writes in his book “Losing My Virginity: How I Survived, Had Fun, and Made a Fortune Doing Business My Way” (Crown Business), he failed at growing Christmas trees for a profit (rabbits ate all the seedlings) and breeding and selling budgies, a popular bird in Britain. Later, at 16, he started a magazine called Student, snagged interviews with Mick Jagger and John Lennon, and it still didn’t make a dime despite his mother’s constant support with funding and writing articles.

It’s important for parents to keep a kid’s personality and style in mind when encouraging them to take healthy risks. Parents need to gauge their child’s attitude toward risk-taking, says Jennifer Molinari, a counselor based in Columbia, Md. Some children are very fearful, some are middle of the road and some are daredevils who love to take risks, she says.

For children and teenagers who are fearful or ambivalent about taking risks, Molinari suggests that parents encourage relatively nonthreatening activities such as learning to play an instrument or a sport, participating in a school choir or play, joining a debate club, participating more in class, starting a conversation, getting a job in the community or even starting a blog. For the daredevils, it’s important that parents provide more structure and limits. These children and teens can take on more intense and stimulating risks such as rock climbing, aggressive sports like football, martial arts, white-water rafting, horseback riding — but all should be done under adult supervision.

When a parent encourages the wrong type of healthy risk, Molinari notes, it can backfire, causing some children to become more fearful while others pursue dangerous risk-taking.

Indeed, despite the benefits that come from taking on a challenge, pushing a child into risk-taking is “the worst thing you can do,” says Fran Walfish, a Beverly Hills, Calif.-based psychotherapist and author of “The Self-Aware Parent: Resolving Conflict and Building a Better Bond with Your Child” (Palgrave/MacMillan/St. Martin’s Press). 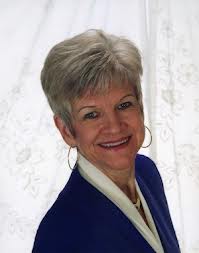 Edie Raether – The Bully Buster – is an international speaker and bestselling author of several books including Stop Bullying Now.