Drawing The Line Between Free Speech Rights And Cyberbullying

The popularity of cell phones, computers and other technologies has advanced bullying at school beyond a shove in the hallway or profane name calling.

Cyberbullying among classmates and against teachers and administrators occurs on and off campus and has the attention of law enforcement and school officials. However, it remains a gray area of the law that will eventually be addressed by the U.S. Supreme Court.

Since the first incidents of cyberbullying were addressed in the late 1990s, state and federal courts have been split regarding student free speech on the Internet versus the right of schools to maintain a safe and hostile-free environment. The ultimate question is whether a school can discipline a student for his or her speech on a computer or any digital device when done away from school, not at a school event and without using school-issued computers. Several cases have been filed with the Supreme Court in the past year but all were denied review.

In 1997, the Court ruled that the Internet is protected by the First Amendment. But, as in all forms of communication, free speech is not absolute. The “shouting fire in a crowded theater” rule applies. There are limits based on common sense and the Court’s 1969 ruling in Tinker v. Des Moines Independent Community School District. In that benchmark decision, the Court stated that student speech is protected as long as it doesn’t disrupt the school environment or violate the rights of another person. What a student does online, whether by e-mail, in a blog or by a tweet, may be censored and consequences imposed if inappropriate under the Tinker test.

A few examples may help in seeing the difference between what’s protected speech and what’s subject to disciplinary measures.

Justin Layshock was a 17-year-old high school senior. Using his grandmother’s computer, he created a fake profile of his principal. It included his picture taken from the school’s website, crude language and silly questions and answers about him. Justin sent it to his friends and soon it was all over the school. Justin was suspended for ten days and prohibited from attending his graduation ceremony. A court ruled that his creation did not disrupt the school environment or violate the rights of the principal. In its decision, the court said that a “MySpace internet page is not outside of the protection of the First Amendment.” Although Justin ultimately won in court, it took years to do so and in the meantime he suffered the consequences. The school district appealed the decision and finally, in 2012, the case ended with the Supreme Court denying review.

On the other hand, Aaron Wiesnewski was 15 and in the eighth-grade when he used his parents’ computer to create an Instant Message icon. It depicted a hand-drawn gun pointed at a person’s head. Underneath was written “Kill Mr. VanderMolen,” Aaron’s English teacher. Aaron was suspended for five days and moved to a different class. The court upheld the suspension since it was disruptive and presented a foreseeable risk of harm.

Depending on the circumstances, the situation can lead to criminal charges. Joshua Mortimer was a 17-year-old sophomore at Hoggard High in South Carolina. He wrote on the school’s screensaver “The End is Near.” This was a few days after the Columbine school massacre in Colorado. Joshua was charged with communicating a threat and a jury found him guilty. He was sentenced to 45 days in jail, probation and community service. On appeal, his conviction was reversed since there was no evidence of a willful threat to injure anyone. Again, however, his life was seriously disrupted pending the appellate court’s decision two years later.

A more recent criminal case involved a sexting incident by a 13-year-old boy in Pennsylvania. Around 2004, he posted a few sexually graphic photos of himself. Most likely he forgot about them until they surfaced years later. Twenty-year-old Matthew Bean of New Jersey found the pictures on an obscure website. He and an electronic mob taunted the boy who was now in college with comments like “Lets make this kid want to die.” They sent the pictures to teachers and administrators at the school. The police were notified and Bean was arrested and charged with online-stalking. He pleaded guilty and was sentenced in 2011 to 45 days in prison, five years of probation and a $2,000 fine.

Courts differ in their interpretation of what constitutes a true threat as opposed to acceptable freedom of expression. Joshua from Michigan added a list of “people I wish would die” to a website named “Satan’s web page.” Once word got out and the authorities intervened, he was hospitalized for three days for a mental health evaluation and suspended for a semester. The court later found that Joshua’s posting failed to cause any disruption at school.

On the other hand, Justin S. was in the eighth grade when he created a web site at home called “Teacher Sux.” He posted threats against his algebra teacher and the principal. One page was captioned “Why She Should Die?” and asked for $20.00 donations to help Justin hire a hit-man. This was accompanied by a drawing of the teacher with her head cut off and blood dripping from her neck. The teacher was frightened and suffered from stress, anxiety, loss of appetite and sleep. She was unable to finish the school year. The school district voted to expel Justin. The court considered the issue of whether a student could be disciplined for speech occurring off school grounds and communicated to others via the Internet. The court ruled in the school’s favor – “protected speech may be subject to restriction in a school setting” particularly in this case where the statements constituted a true threat.

These are a few examples of cases that have been litigated. Many other incidents of school discipline have occurred and when challenged, have been settled out of court. Students have rights on and off campus and must exercise them responsibly. Cyberbullying is a reality. When identified it is dealt with by the school and law enforcement when appropriate. According to the Cyberbullying Research Center, 49 states have anti-bullying laws on the books. Fifteen states have added the word “cyberbullying” to their laws while many others use the term “electronic harassment.” In 2012, South Carolina became one of the first states to criminalize student cyberbullying against teachers and school employees. Attempts at passing federal legislation on cyberbullying have been unsuccessful.

With or without a law, exercising one’s right to free speech should comport with common sense and etiquette.

Online speech is permanent and should be done within reason following the motto “Think B4 U Send.” There are far too many examples of thoughtless speech backfiring on its author with unforeseen and unforgiving consequences. 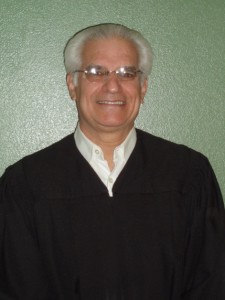 Thomas A. Jacobs was an Arizona Assistant Attorney General from 1972-1985 where he practiced criminal and child welfare law. He was appointed to the Maricopa County Superior Court in 1985 where he served as a judge pro tem and commissioner in the juvenile and family court until his retirement in 2008. He also taught juvenile law for ten years as an adjunct professor at the Arizona State University School of Social Work. He continues to write for teens, lawyers and judges through his books published by Thomson West and Free Spirit Publishing, Inc. He also writes regularly for teens, parents and educators on youth justice issues while answering readers’ questions at his website AsktheJudge.info.