How To Transform Bystanders Into Upstanders

A bystander is anyone present during a bullying incident except the person being bullied and the person who is bullying.

Many bullying experts believe student bystanders are the key to ending bullying. Why?

Despite the fact that children do not like bullying, wish it would end, and are happy when someone objects, only 25% of student bystanders help bullied peers. 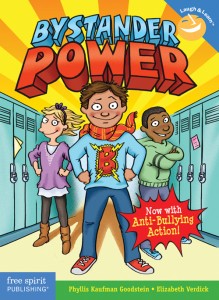 What accounts for the gap between kids’ thoughts and actions? One major reason is a lack of knowledge. Children do not know how to effectively and safely deter bullying. Bystander Power (Free Spirit Publishing, 2012) by Phyllis Kaufman Goodstein and Elizabeth Verdick responds to this educational deficit. The 121-page book written for 8- to 13-year-olds gives readers strategies and the language to stop bullying (65 strategies and 53 suggestions of what to say, by one reader’s count).

Bystander Power uses the acronym P.O.W.E.R. to help readers remember skills. The book helps children tap into their own power, and as they do they transform themselves from bystanders who stand by to upstanders who stand up, speak out, and protect peers from humiliation, exclusion, intolerance, injuries, and cruelty. Here is a quick look at some P.O.W.E.R.ful ways to end bullying.

Play with and include everyone. Those who bully will not target peers who are with friends or in groups because buddies stand up and defend their pals. This means kids who are alone are at the greatest risk for being bullied. Children can ask loners to eat lunch or sit with them, join a game, or walk to class together.

Object to bullying. When audiences quietly stand by, those who bully (mis)interpret people’s presence and silence as approval. This misunderstanding can be corrected when bystanders voice their true feelings. Popular or confident students can object in overt ways such as saying “Stop bullying him” or “Bullying is not allowed in our class.” Shy students can quietly leave the scene, erase graffiti when no one is around, or comfort the bullied in private.

Walk Away. Those who bully misread the attendance of audiences as agreement and support of bullying. At the same time those who are bullied think everyone is against them. When bystanders walk away they make a strong statement “We don’t like bullying and will not be part of it.” Bullying usually ends when audiences disappear.

Escape (Have a Plan). A person can’t be bullied if he or she isn’t present. Walking away and joining a group of students or creating a distraction might be the difference between being bullied or being bully free.  It’s wise to brainstorm escape plans ahead of time.

Request Help. Children should always try to handle bullying themselves but under certain circumstances it’s wiser to request assistance from adults. When? If the person being bullied cannot defend him or herself and no one who is present can help; or if there are weapons, drugs, or other dangerous situations.

Kids can increase their power by joining with others because there is power in numbers. When outnumbered, those who bully back down. There’s also too many bystanders to go after so those who protest will be protected from revenge attacks.

Negative connotations associated with “telling” (i.e. ratting, snitching, squealing) can be erased when adults reframe upstander intervention as heroism. Heroes are kind people who right wrongs, help those who can’t defend themselves, fight injustices, and make the world a better, safer, and more fun place to live. Children look up to heroes; most would love to be seen as these respected and admired role models. Bystander Power shows kids that they possess the power to become heroes and gives readers a toolbox of strategies to achieve this goal. 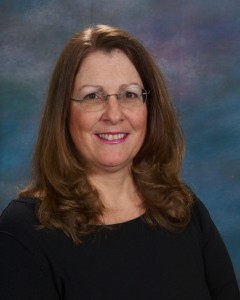 Phyllis Kaufman Goodstein is a licensed social worker (LMSW), author (Bystander Power, How to Stop Bullying in Classrooms and Schools, 200+ Ready-To-Use Reproducible Activity Sheets That Help Educators Take A Bite Out Of Bullying), educator, speaker, magician, and anti-bullying advocate. She can be reached at PhyllisKaufmanGoodstein@gmail.com. Find Bystander Power at www.freespirit.com.