Educating Tweens And Teens About Sexting

Today’s tweens and teens are sexting.

You may wonder, “What ARE they thinking?” The reality is they probably aren’t. After all, they’re adolescents and thinking through behavior and resulting consequences doesn’t work for children, tweens or teens. 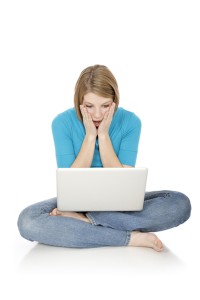 It’s not their fault, because after all they’re kids and not miniature adults; although we may forget this sometimes.  The executive function part of the brain that helps us all make good decisions, have good judgment, think about consequences and control impulsive behavior isn’t fully developed until age 24.

Therefore, as parents we need to keep talking to our tweens and even older teens about risky behavior, such as sexting, and the resulting potential for life changing consequences.  Fortunately, parents remain the biggest influence in their tween/teen’s lives.  They are listening even when you think they’re not.

What are the risks of sexting that kids and parents need to pay attention to?

Nicole, a 15 year old teen from New Jersey was pressured into sending a topless photo of herself to her new boyfriend.  This new boyfriend wasn’t as nice as she thought he was. He sent it to all of his buddies and before Nicole knew it, it was all over school. A teacher confiscated his friend’s phone and discovered the picture.  Nicole’s parents were called and the police became involved.

This is a story that’s happening to tweens and teens today and the outcome can take a very different turn depending on where they live. In some states, teens can be charged under existing child pornography laws. They may even be required to register as sex offenders. In other states, the laws have been changed and naïve teens are no longer criminalized for sexting and instead are required to participate in education programs.

With the instantaneous and far reaching viral capabilities of the internet, once a sexting message or image is sent, it can result life changing consequences. Reputation damage can be devastating and last a life time.

What’s posted online stays in cyberspace forever.  When a tween or teen hits that send button, they lose control of the image. Boy-girl relationships during adolescent years are fickle to say the least. A teen may think a sexting image or message is going to their boyfriend or girlfriend, but it may be forwarded to others easily and quickly.  Before they know it, an intimate image that’s not meant for other’s to see is in the hands of students, teachers, administrators, parents and the police.

Teach your child the “posting for grandma to see” rule.  If they wouldn’t mind if  grandma sees the post or image then it’s fine to put online.  If not, they need to think again before hitting that send button.  Talk to your kids about different scenarios and what-ifs. How would they feel if their friends, classmates, teachers, parents, and police saw a naked or semi-naked picture of them?  What if that picture turned up later on a porn site as has happened to some youthful offenders. Sometimes when kids are able to imagine different situations they might end up facing because of a behavior, it can help them to think a little harder before acting.  Teach them that the humiliation they will feel if an image gets into the wrong hands is not worth pleasing a boyfriend or girlfriend who asks and maybe pressuring them for a picture.

Colleges, scholarship providers, athletic coaches and employers are all checking the internet for information about prospective candidates prior to selection.  Make sure your child knows this.  The cyberspace reputation they are creating for the world to see, can really affect their futures and careers.

What kids need to know about sexting: 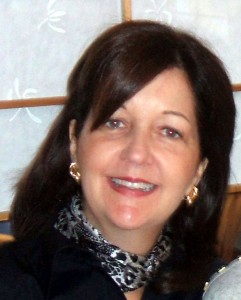 Victoria Kempf, RN is a passionate internet safety expert, co-founder and COO of ScreenRetriever, a children’s internet safety monitoring product that gives parents complete visibility of all of their children’s computer activity.