With the availability of technology at their every whim, it’s hard to find time to unplug and spend quality time with your teen.

Even sitting down to watch a movie together can be a minefield; especially because loud action movies feature minefields. But if you want to take a step back and share some of the glory days with your high schooler, check out some of the classics that never get old and manage to capture the attention of the teen set. You’ll be the hero for picking an awesome movie and you might actually get to sit in the same room with your high schooler, sans cell phone, for more than five minutes.

Based on the novel by Stephen King, “Stand by Me” is a story about a group of 12-year-olds who go off in search of the body of a missing boy. It launched the careers of huge stars your teens will recognize, like Jerry O’Connell and ones they might not, like River Phoenix. Ultimately, it’s a movie about friendship, which all teens can understand.

Another story of friendship, “My Girl” Is a coming-of-age flick about adorable Vada and her BFF, played by Macaulay Culkin. Her dad works at a funeral home and it creates the backdrop as Vada learns to grow up without her mom around. I dare your teen not to shed a tear.

One of the quintessential “brat pack” movies, teens can totally relate to “Sixteen Candles” as it follows emo Sam on her 16th birthday. It’s a humiliating affair, thanks to clueless parents and a crazy high school party, all while she pines for school hottie Jake Ryan. Swoon! Remind your teen to stay tuned for one of the best endings to a classic movie ever! 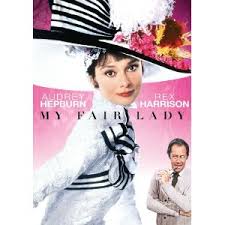 If your teen hasn’t experienced Audrey Hepburn before, pop in “My Fair Lady” and see if your high schooler recognizes themes similar to other movies, like “She’s All That.” The makeover theme is a favorite for teen girls and you’ll feel like you’re getting a little culture into your kid at the hands of Eliza Doolittle.

A semi-modern tale of treasure hunting, “The Goonies” is all about a group of teens who get themselves into a precarious position thanks to their curious ways. Use it as a cautionary tale to never go into deep, dark caves that don’t have cell phone reception. Now that’s really spooky!

A newer classic, teen girls will love this movie about a group of four that decide to go on an adventure for their summer vacation. While the summer doesn’t seem immediately exciting, they each have experiences that shape the rest of their lives and allow them to remember when they meet up over 20 years later.

Faced with the prospect of going away to college, a group of grads decide to spend one last night together checking out their town. With familiar faces like Harrison Ford and Ron Howard, your teen will probably love checking out the old rides and dating rituals in the flick.

Move over, Jacob, because before “Twilight” there was “Teen Wolf” and Michael J. Fox playing the role of the hairy adolescent who was less sexy supernatural than uber-cool hometown hero. Poke fun at the special effects together and you’ll still be having some major quality time with your teen.

While a movie about detention might not seem like an inherently good time to your teen, she’ll become immediately wrapped in the individual stories and the eventual coming together of five students who couldn’t be more different, yet have so much in common. Show it before school starts to remind your teen to ditch the cliques and get to know other people.

It might be a good time to remind your teen that a movie doesn’t need huge explosions, terrifying special effects, hottie heartthrobs and a complicated plot line to be a gripping movie.

Some of the classics prove that less is more.

Now if you could only get the same principle to apply to your teen’s spending habits.

Tagg writes for CableTV.com. He typically writes about pop culture and television. When he’s not writing or watching the latest reality show, he enjoys rock climbing. You can follow him on Twitter @CableTV.