How To Motivate Young Athletes And Boost Performance

Another year is about to begin, and with it, sports are also gearing up with practices and competitions. If you’re a coach, this is the perfect time to remind yourself of what a powerful figure you are to young athletes, whether they’re seven or seventeen. The fact is, you have a real chance to make a difference in their lives. 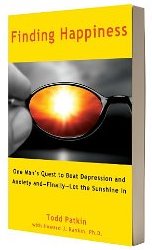 Tips that will help coaches examine their current coaching style and make sure that they’ll be remembered as a positive influence in their athletes’ lives.

Realize that you’re doing damage. There’s no question that harsh coaching methods, such as calling players out, getting in their faces, and “motivating” them through fear, do more harm than good. In the short term, these tactics cause anxiety, shame, and low self-esteem. Over time, a bullied athlete’s weakened confidence and sense of self-worth can eradicate motivation and love for the game. And worst of all, it can transfer to other areas of the young person’s life, making him or her less confident socially and academically. After all, it’s a short step from believing I’m not good enough on the field to I don’t have what it takes to succeed at all.

“I believe that some coaches may think that their tactics are working if their teams are performing well or improving,” Patkin shares. “But what they don’t know is that their star player dreads practice and has a knot of anxiety in his stomach for days before a game. Remember, you typically don’t see how your players are affected at home, how your coaching might impact their love for the game, and much more importantly, their overall self-esteem in all areas of their lives for years to come.”

Think about what a coach’s job really is. Chances are, you’re not the coach of a professional team. Your goal is not to make money; it’s to teach and guide young people who are in the midst of their mental, emotional, and physical development. Ideally, what you teach them during practice will also develop the skills they’ll need to succeed in many other areas for the rest of their lives. When you look at it that way, coaching is as much about growing children through positive motivation and attitude as it is about imparting the mechanics of swinging a bat or kicking a ball.

“I know from personal experience that success in any area of life is achieved mainly through encouragement and positive reinforcement,” Patkin explains. “While I am not an athletic coach, Idid lead my family’s business for many years, and actually grew it into the number one commercial auto parts company in the country—while knowing relatively little about the parts themselves or the workings of vehicles. Here’s my point: Many of the same strategies I used to motivate employees can be translated into coaching young athletes. It’s every bit as important to make them feel special and valued as it is to make sure they know the rules of the game.”

Watch a replay of your motivations. This topic has been alluded to already, but according to Patkin, it bears repeating: As a coach, what are your motivations? Are you in it for winning (and only winning), or do you want to make a difference in young people’s lives? While there’s nothing wrong with wanting to win, make sure you’re not coaching primarily to glorify yourself so that you can brag about your successful seasons and coaching record.

“As you think about this matter, also give some consideration to whether your goals match the level of coaching you’re doing,” Patkin adds. “For instance, if you’re doing YMCA coach-pitch baseball, your main motivation should definitely be centered around having fun and helping kids. If you’re a high school baseball coach and your team has a legitimate chance to go all the way to the state championship, it’s okay to put more of an emphasis on winning vs. losing…as long as your players’ physical and psychological well-being are still a firm first priority.”

“Remember, everyone, but especially the young, can be made or broken by others’ words,” points out Patkin. “Words hurt more than sticks and stones, despite what the children’s rhyme says. As I have said before, a coach—who is also a leader and mentor—has the responsibility to make sure that he or she is setting kids up for present and future success, not filling them with self-doubt and hurting their self-esteem. So be honest with yourself. If you feel that boosting your emotional intelligence quotient might benefit you and your athletes, take steps to improve it. There is a wealth of helpful information a mouse click away.”

Score points through caring. It’s true: People don’t care how much you know until they know how much you care. And in sports, it’s crucial to make sure that your players know you care about them as people, not just as players. Get to know each child on an individual basis and incorporate that knowledge into your regular interactions. For instance, if you’re coaching a school sports team, you could keep tabs on your athletes’ academic achievements and compliment them for doing well on a test. Or you might say to a player, “I know your family was going to go hiking over the weekend. Did you enjoy it?”

“As a coach, always show love, because most people simply don’t get enough of it!” Patkin asserts. “Showing genuine interest and caring is the greatest motivator I know of because people, kids included, will do anything to keep getting those things. And when your players know that they mean more to you than the numbers on their jerseys, they’ll naturally have a greater desire to please you.”

Don’t strike out through criticism. Criticism: It has to happen in order for improvement to take place. But there’s definitely a right way and a wrong way to go about it. Many famous coaches in sports history have chosen the wrong way: berating players and shaming them in front of the team, insulting them for making mistakes, and delivering advice in anger. Unfortunately, these approaches tend to only alienate players and make you an object of fear rather than respect.

“Here are a few rules of thumb I suggest when it comes to criticism,” shares Patkin. “First, criticize only in private, not in public. Pull a player aside for a one-on-one discussion; don’t yell at him in front of the whole team. Also, make sure the player knows that you care about more than just his mistake. Try to accompany each criticism with a few compliments—I recommend about five compliments for every criticism over the course of time. And if that seems excessive, it’s not. Remember, we all tend to be our own worst critics—even kids. Many of your players will tend to focus on what they’ve done wrong, not the many things they’ve done well. The ratio of compliments to criticism they receive from you can shape their self-perception for a long time to come. And lastly, never, ever get physical with a player, for obvious reasons!”

Scout each practice for all-stars. It’s practically impossible for anyone to hear too many good things about themselves. On the sports field, compliments act as confidence—and thus performance—boosters, and they also improve motivation, team spirit, determination, and more. With that in mind, always start each practice with the intention of catching as many players as possible doing well. Then praise them in public and in private whenever the opportunity arises. And if you send out a team newsletter, include short write-ups of players who improve, who are team players, who give their all in practice, etc.

“Again, kids will work hard to keep getting recognized because it simply feels good,” explains Patkin. “Who knows—they might remember your praise for the rest of their lives! Realize, though, that if you’re trying to shift your focus from players’ faults to their strengths, the process won’t necessarily be fast or easy—especially if you’ve been coaching this way for many years. Yes, it might sound cheesy, but write down on a piece of paper the priorities you now hope to uphold: First, that your number one goal is to be a coach who loves and builds up your athletes, and only second, that you hope to improve their specific skills at the game you’re coaching. Then post the list somewhere like your bathroom mirror or in your office. If you see these goals regularly, you’ll be more likely to live them.”

Add “positive thinking” to your coaching paraphernalia. All coaches have clipboards, whistles, and water bottles—and they should all have a positive attitude, too! With few exceptions, players will develop their attitudes, outlooks, and expectations based on yours. So be proactive about getting your team in a winning mindset. Make sure to say things like, “We’re going to have a great practice today,” or, “I know everyone will do their best during the game,” etc.

“Here’s a great saying I’ve found to be true: People generally perform at the level that is expected of them,” reports Patkin. “So without putting negative pressure on your athletes, let them know you believe in their ability to accomplish great things. I can’t help but think of Lou Holtz, the legendary college football coach whose philosophy of positive thinking was instrumental in inspiring his teams to achieve many amazing successes, often against the odds.

“If you’re still not convinced, consider the well-known study conducted by Harvard’s Robert Rosenthal in the mid-sixties. Teachers were given a list of students in their classes who were supposedly on the cusp of an academic growth spurt—but in reality, the children on the list had been randomly selected. Now, here’s the interesting part: That school year, the children who had been identified as ‘special’ performed much better than their peers (who, remember, were actually no different)…because the teachers had expected them to achieve and treated them accordingly. Let me tell you, coaches, the same thing can happen with your athletes. Expect the best from your players and you won’t be disappointed.”

“Before I conclude, I also want to say a few words to parents,” Patkin adds. “Obviously, you should try to avoid becoming the type of ‘helicopter parent’ that is fast becoming a stereotype in our society. But at the same time, always be vigilant and don’t hesitate to step in if you feel that a coach’s attitude or actions are harmful to your child. If possible, discuss the situation with your child before approaching the coach so that your child doesn’t feel blindsided or betrayed by your involvement. And yes, the older your child is—especially if he or she is in high school—you might want to think twice about taking on a coach unless actual harm is being inflicted. Ultimately, though, always remember that no sport or tournament or trophy is worth sacrificing your child’s self-esteem and emotional well-being.”

Todd Patkin grew up in Needham, Massachusetts. After graduating from Tufts University, he joined the family business and spent the next eighteen years helping to grow it to new heights. After it was purchased by Advance Auto Parts in 2005, he was free to focus on his main passions: philanthropy and giving back to the community, spending time with family and friends, and helping more people learn how to be happy. Todd lives with his wonderful wife, Yadira, their amazing son, Josh, and two great dogs, Tucker and Hunter.