How To Help Teens With ADHD Drive More Safely

How many times have you made an impulse decision when driving and then said a quick prayer immediately afterwards?  Well, if you are like me that will have happened many times. Imagine if you are a teen with ADHD, then the risks and the consequences are multiplied. Teens on the road are a high risk group and teens with ADHD are even more likely to have an accident. An adult who is driving under the influence of alcohol is less likely to have an accident than a teen with ADHD! Some figures estimate that the ADHD teen is two to four times more likely to crash than the normal teen.

Decisions we make when driving

When we make a decision while driving, we are well aware of the consequences but we are able to calculate pretty accurately time, distance and we can filter out sensory messages which could affect that split second timing.

Now if you are a teen, that decision is much more complicated and not nearly as automatic as for an adult.Add in ADHD and the picture becomes even more complex and scary:

How the University of Buffalo is helping teens

Gregory Fabiano is an associate professor at UB and he has been involved in perfecting a virtual reality driving simulator which helps teens to become more aware of the risks and to train them to become better drivers.

Prof. Fabiano has also been active in helping parents to improve their parenting skills when dealing with ADHD teens so his work on the driving simulator fits in very well with this. He has also won the distinguished Presidential Early Career Award for Scientists and Engineers and received a grant from the National Institute of Health’s National Institute of Child Health and Human Development.

What does the virtual driving stimulator do?

Teens are told to start driving and the simulator takes them on to a virtual road. The simulator provides a moving screen, visualization, sound effects (even screeching tires) and processes the reactions of the teen driver. Simulations with different accident scenarios are then followed :

Once the research is completed, a diver education program for both parents and teens with ADHD will be developed and implemented.

Researchers at this university also use a virtual reality driving simulator. But their research has a slightly different focus. Which is better for an ADHD teen – a manual or automatic?  Research shows that when the teen has to concentrate on changing gears and other manual tasks, concentration and attention improve and they drive better and more safely.

The research was led here by Prof. Dan Cox, Professor of Psychiatric Medicine. They asked teens to use the driving simulator in both automatic and manuals modes. They also tested them at 8.pm and11 .pm which are the peak times when accidents involving teens occur.

The results clearly showed that using the manual car was a great aid for the diver to:

Although more research is needed, driving a five speed manual car involves secondary tasks which  seem to help the ADHD driver to focus better.  This may also be linked to other research which shows that secondary physical movements like fidgeting in class actually help learners concentrate.

7 Tips to help your ADHD teen to drive more safely

Being aware of the above could make driving a lot less risky for everyone and reduce the number of accidents associated with ADHD drivers. 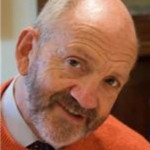