Even though back to school time is months away, IT specialist Andres Marcinek suggests that many traditional school supplies can be replaced by buying iPads for students. He suggests that note-taking be done on the Notability application, and that students use Haiku Deck to help build presentations. Other recommended applications include Edmodo, ShowMe and Google Drive, which helps students archive their work.

Ever since I was a kid, I loathed back to school commercials. They always showed parents gleefully skipping through aisles of pencils and notebooks as the kids, sullen and dejected, sluggishly followed along. It’s a scene we are all too familiar with, and one that creates a negative stigma around school. But what if that scene were flipped? What if the kids were happy and eager to get to school? Is that possible after roughly 90 days of sun and fun? It is, and at Burlington Public Schools, we have seen it over the past two years during our iPad launches at the high school and middle school.

Although this post is a little early for the back-to-school season, consider it an early reminder that summer is near and that, eventually, the start of the 2013 school year will be close at hand. One of the elements that is changing dramatically at both Burlington High School and Marshall Simonds Middle School is back-to-school supply lists. Those long laundry lists of items that parents must purchase for their son’s or daughter’s classes are something that students dread, and for some parents, these lists can be a budgetary hurdle every summer. But it doesn’t have to be that way. The iPad can eliminate many of the items purchased each year and save schools and parents hundreds of dollars annually.

I’m going to share five applications for the iPad that will take the place of student supply lists, provide savings and replace dread with anticipation.

While some may argue that there are better options — and free options — out there, I find, along with many of our students, that ipad apps that replace classroom supplies like Notability is the go-to application for note taking. One of the primary reasons I like this app is because of the workflows that teachers and students can create in order to retrieve, annotate and submit work. Plus, Notability integrates Dropbox, Google Drive and Box drive.

If teachers set up a shared folder with their class via Google Drive, students can access their documents, annotate them and push them back to their teacher via a privately shared folder. In other words, this is a big step toward the paperless classroom. Also, students can open PDFs from any website in Notability and annotate directly on the PDF.

A note about Notability:I would strongly endorse Evernote here as well. However, the connection between students and teachers in Notability, along with Google Docs and Dropbox integration, put it slightly above Evernote. One feature that puts Evernote ahead of Notability is the ability to access the application and features from multiple devices and platforms. 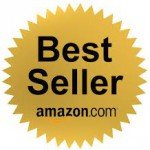