The new math museum showcases how math is everywhere in our day to day life.  But for some, math is still a scary word.

Not only do most of us not like it; we’re also not very good at it.

Glen Whitney is good at math.

He’s got a Ph.D in it, and is trying to change the way we think about one of our least favorite subjects.

“I loved math. I loved algebra. I really loved geometry, [but] I hit the wall at pre-cal,” said Rocca.

“That’s the problem,” said Whitney, “because you were only given one road to go through mathematics. You got the impression that once you hit the wall, that’s it. There’s nothing more for you. In fact, math is this extremely, very beautiful landscape. And we’re showing people just one road cut right through the center of it.”

Whitney says our math curriculum is designed for rocket scientists.

Literally! Fifty years ago America was in a space race against the Soviet Union, and beefing up on our math program was seen as a winning solution.

Whitney said America was on a mission then: “We had to, you know, beat the Soviets to the moon. So we needed, you know, the young, bright science or math kid to be our hero to take us to the moon. And we haven’t had a mission like that since then to capture the public imagination as to the importance of math.”

That’s where Whitney and his latest project come in — a museum devoted entirely to math.

“With our opening, there’s now one math museum in North America,” he told Rocca.

The Museum of Mathematics (MoMath for short) opened in December in New York City.

Museum co-founder Cindy Lawrence showed Mo around. There was a square-wheeled tricycle that somehow rides like a dream. “It’s smoother than a Lexus,” Rocca laughed.

Continue reading about the Museum of Mathematics now open in New York City. 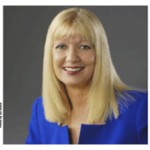 Pat Wyman is the founder of HowToLearn.com and the author of the international best seller, Amazing Grades: 101Best Ways To Improve Your Grades Faster and Math FactsMade Easy: Learn Your Facts in Half the Time.