Are Autism Rates Rising Or Is Reporting Getting Better?

In the 1990s, only a few children out of 10,000 were diagnosed with autism, but the numbers now seem to be increasing at an alarming rate, as reported by NBC News. Rates soared for the first time in 2000, after Congress asked federal health officials to do more research about the disorder, which is characterized by difficulty with social interactions. It was then that the Center for Disease Control (CDC) really began to look into and learning about the problem. 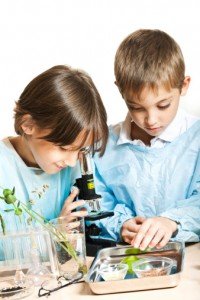 Results from a recent health survey by the CDC, and reported in The New York Times, indicate that parents are reporting a prevalence of one in 50 children affected by autism. The numbers in this new report illustrate an increase of rates in both boys and girls, but, as seen in previous studies, the number of boys diagnosed with autism is much greater, with one in 31 boys diagnosed as compared to only 1 in 143 girls. The number of reports of “mild” autism are also increasing much more rapidly than those of “severe” autism.

Autism is currently diagnosed by analyzing a child’s behavior, as explained by the previously mentioned NBC News article. There are no specific blood or biologic tests that exist to detect the condition yet. This means that the diagnosis can be quite subjective, depending largely on the professional who’s performing the assessment.

Pediatric professionals who spoke to The New York Times say that specific standards for “severe” and “mild” autism have yet to have been developed; yet, in the CDC study, parents were questioned about their child’s autism and asked to assess if the child had mild or severe autism.

Similarly, health officials who spoke to NBC News believe that the increase in cases of autism doesn’t necessarily mean that there are a growing number of children developing autism, but that detection is improving; the increase in reported rates is due to previously undiagnosed cases now being identified — not in new cases emerging.

The Cause of Autism

The cause of autism is still unknown, but the uptick in reported numbers puts even more pressure on researchers to study its origins. As noted by NBC News, some commentators have claimed that the disorder is linked to vaccines, but federal health officials insist that this is not the case.

There are currently various studies being performed that could help us to better understand the roots of autism. The CDC is researching illnesses that mothers suffer from while pregnant, and they are also looking at medications taken during pregnancy or given to children at young ages. This research could help to shed some light on the cause of autism, but the first findings are not expected to be released until 2014.

Parents now have access to “The Modified Checklist of Autism in Toddlers,” a series of questions that can help parents assess whether or not their child should see a specialist for a medical diagnosis. If a parent has concerns about their child, they are encouraged to find an autism specialist, as parental concerns have sometimes been dismissed by medical professionals unfamiliar with the signs of autism. Assessment and diagnosis should generally be conducted by a team of professionals consisting of a pediatrician, psychologist, speech and language pathologist, and an occupational therapist. 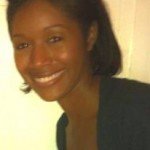 Today’s guest blog is written by Erika Phyall who currently works in community relations for University of Southern California Rossier School of Education’s online master’s programs. USC Rossier Online provides current and aspiring teachers the opportunity to earn a Masters in Teaching degree that will help them to implement special education programs. Outside of work Erika enjoys networking, DIY projects, and spending time with her two dogs.