Monica Holloway’s bestselling memoir Cowboy & Wills is the story of her lovable and brilliant autistic son, Wills, and the remarkable dog that coaxes him into the world.

The summer between first and second grade, Wills began occupational therapy—a Dr. Bauman recommendation. He hadn’t tested Wills’s ability in terms of gross motor skills, but knew Wills needed help with fine motor skills—holding a pencil correctly, buttoning shirts, tying shoes, zipping his pants, using a fork. I didn’t even know what OT was at first. It sounded more like a place where an ad executive might go to learn better marketing strategies than like a colorful gym with sunny, warm classrooms.

Wills and I drove into the parking lot of Therapy in Action in the heart of Reseda. The concrete building didn’t look like a place of healing, there was gang graffiti on the walls. Wills immediately began humming, which was something new that he did when he was nervous. I was nervous, too.

I wanted him to get better, though, and to have every chance for success, so I parked the car and walked around to open his door. He was sitting in his booster seat, staring straight ahead.

“Hey, pal, this place looks interesting,” I said, starting to unbuckle him.

“What’s wrong with me?” Wills asked, looking at me beseechingly with those huge blue eyes.

He’d never asked me this before, and yet it was a moment I suspected was coming—sometime. My mind raced. I didn’t know what to say to him, how much information to give without revealing too much. But I knew from Katherine that I needed to answer his question.

“Your brain doesn’t always tell your body how to move correctly or balance itself. This place will teach your body to listen to your brain. There’s a big gym in there with all kinds of really fun equipment that will help you learn to balance on a bike, button your shirts, catch a ball, and tie both your shoes,” I said. 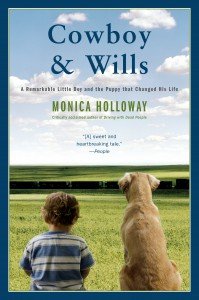 “Why doesn’t anyone else come here?” he asked.

“It’s true that there aren’t other children in your class who come here, but there are many, many children who do. Every child, including everyone in your class, has something that they struggle with, but it’s not always the same thing. You need to learn how to hold a pencil so you can write neat letters and numbers. Jason is getting help from a tutor so he can recognize his numbers, but you already know yours.”

I held his sweaty hand as we walked toward the front door. There were about a thousand ways I could have comforted my child at that moment, but I couldn’t come up with a single one. We walked to the entrance in silence.

This was only the first time the question had come up; there would be many more times. Would I ever have the courage to tell Wills the truth? That he wasn’t just imagining the world was a more difficult place for him to understand than for some of his buddies—that it was, in fact, more difficult for him. That he’d been dealt a rotten hand in that regard, but only in that one regard. Because I wouldn’t change one freckle, one misunderstood moment, one tiny piece of him for anything in this world. I would change myself. I would change the things that other people said or thought out of ignorance or fear. I would change so many things, but I would absolutely never, in a million years, change him.

Once inside, there were instructions in the lobby to “Pick up a white phone, dial 54, and say the patient’s name.” I dialed 54 and said “Wills Price” in a loud voice. Wills was pale and whispering to himself. I picked up the phone again. “Is anybody in there?” I asked in a really spooky voice. We could hear it echo throughout the office. “No one’s answering my zombie voice,” I said.

Wills started laughing. “Why did you do that?”

“That lets them know we’re here, I guess.”

“Pick it up again and say ‘Nobody home,’” he said, his lips pressed together.

I picked up the phone and said, “NOBODY HOME?” into the receiver. Wills cracked up laughing.

A door opened behind us and his therapist walked out. “Hi, Wills, my name is Heather. Wanna come play with me?” She was about twenty-five years old, with the sweetest, most inviting smile. Wills looked at me. “Your mom can come, too,” she said.

We walked down a couple of steps to a gigantic gym. There were trapezes, round leather tubes, rope ladders that led all the way up to the vaulted ceiling, a gigantic pit of colorful plastic balls, and wooden swings with seats covered in carpet.

I helped Wills untie his sneakers, and he ran onto the thick red mat with Heather right behind him.

“What do you want to do?” she asked, swinging open her arms to indicate that the whole place was his. He couldn’t believe it. He thought she’d be the one telling him what to do.

“Build an obstacle course,” he said.

For the next hour they shoved oversize, soft square benches, nylon tents and rubber human-size tubes into different configurations. Wills’s cheeks were flushed as he ran all over the gym pointing to what he wanted to add, and then helping Heather shove it into place. This sure beat lying under Bauman’s table.

“When are we coming back?” he asked, running toward me.

“Next Tuesday,” I told him.

“Sorry, next Tuesday is our time to come.” 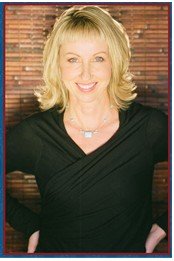 Monica Holloway is the bestselling author of Cowboy & Wills, a Mother’s Choice Award’s Gold recipient, and the critically acclaimed author of the memoir Driving With Dead People, described by Newsweek as “unforgettable,” Glamour christened “a classic,” and the Washington Post deemed “irresistible.” Holloway lives with her son Wills and husband Michael Price, Co-Executive Producer of The Simpsons, in Sherman Oaks, CA.