Why Curiosity Is The Most Important Skill To Teach Your Child 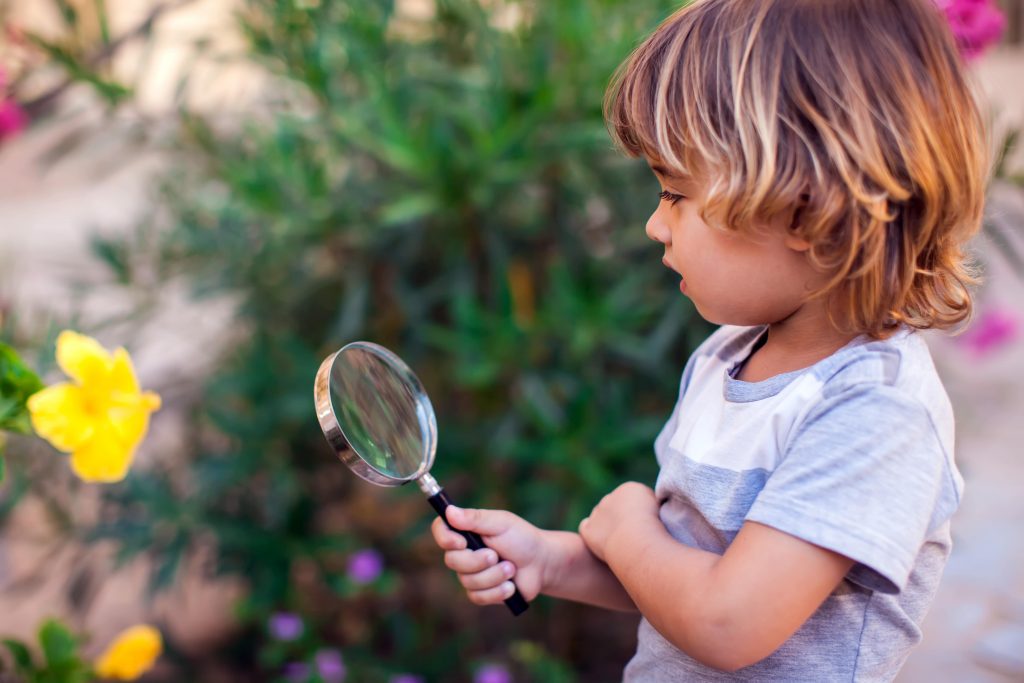 “I think, at a child’s birth, if a mother could ask a fairy godmother to endow it with the most useful gift, that gift would be curiosity.” – Eleanor Roosevelt

If you’re a parent, you know that babies are born with limitless curiosity. Just think about all of the things your little ones touch, grab, climb on, stare at, put in their mouths, etc.

But for many kids, as they grow, their curiosity is dulled.

And by the time they reach adulthood, they’re merely going through the motions necessary to make it through each day instead of actively trying to understand and shape the world around them.

“We all live in a culture that depends on TVs, computers, smartphones, books, magazines, and other people to keep us continually occupied and entertained.

“Think of all the adults (and even kids!) you know who would have no idea what to do with themselves if you left them alone and took away their electronics.”

The Importance of Curiosity 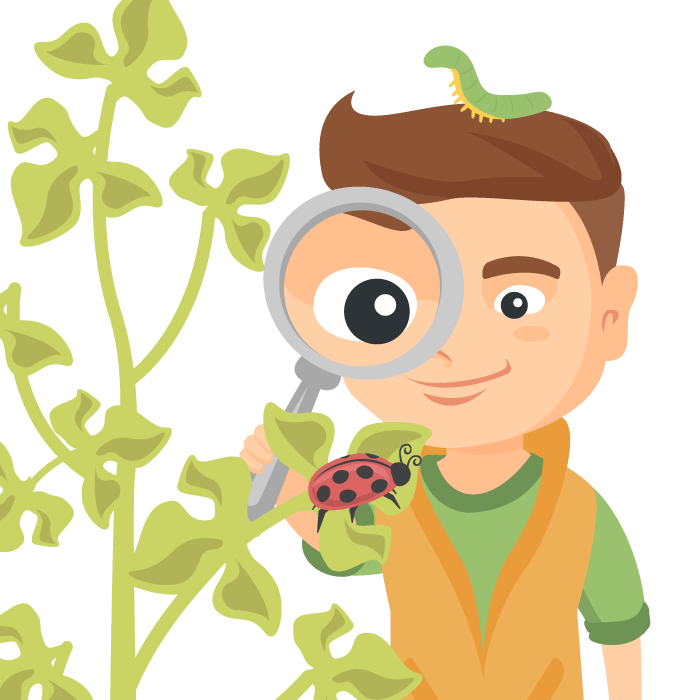 Curiosity, says O’Toole, is the antidote to this plugged-in, entertainment-dependent lifestyle, because it encourages and allows individuals to be intellectually self-sufficient.

“Stimulating your children’s curiosity is a wonderful gift because it enables them to learn continually, grow, and question the world they live in,” she comments.

“It also helps them to develop a healthy imagination and sense of creativity and sets them up for a successful future.”

As they follow Molly on her almost 70 story adventures through backyards, museums, farms, libraries, forests, and (much!) more, kids will learn to ask new questions, observe new things.

As they do, they develop an increased curiosity about the world around them.

Why Curiosity is the Most Important Skill to Teach Your Child

1) It’s a High Complement to the Hard Skill Set 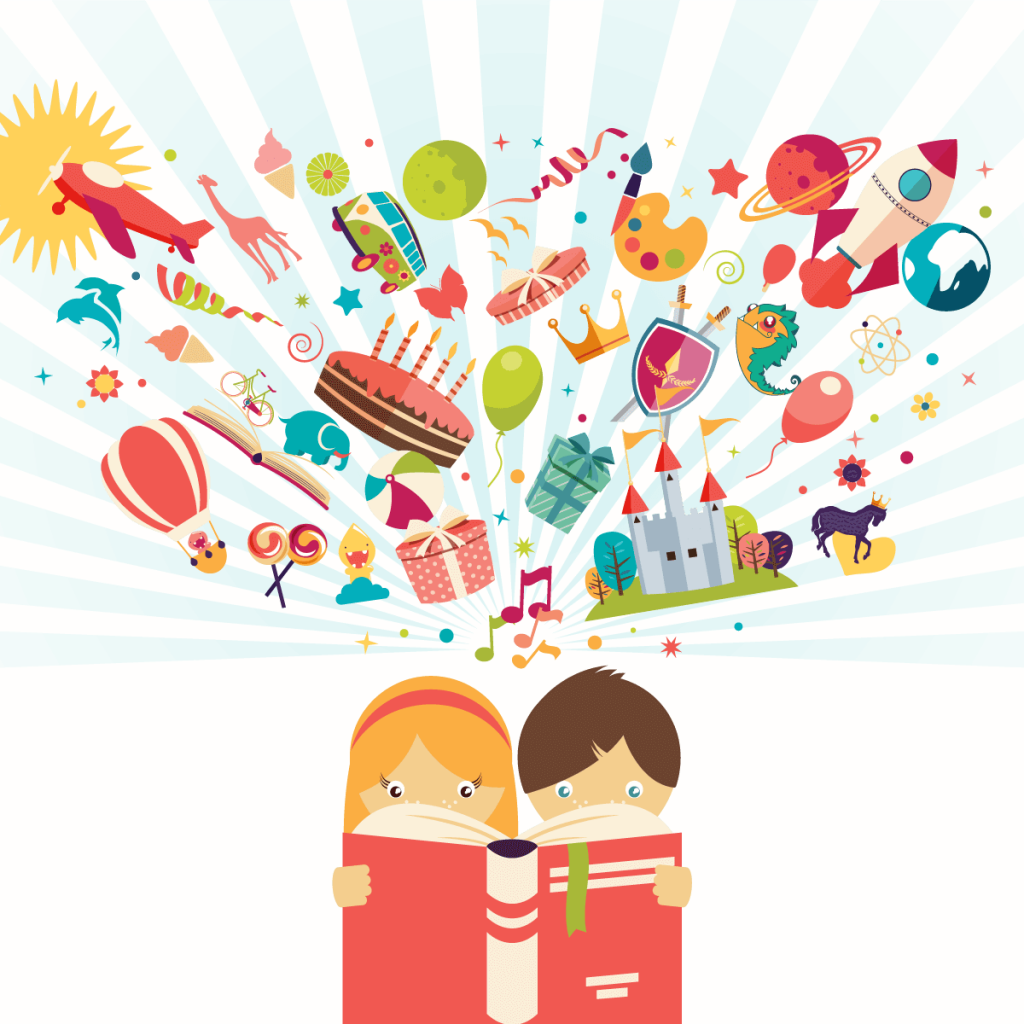 What they often don’t realize is that “soft” skills like curiosity and creativity are what give academic knowledge its power and usefulness in the real world.

The truth is, curiosity and creativity are some of the most valuable skills young people can have as they prepare to enter the global economy.

As professionals, they’ll have to innovate on the go, think of better ways to solve old problems, create time- and money-saving solutions, and much more.

“When a child is constantly asking questions and displaying curiosity about the world around her, she’s already well on her way to creating solutions,” asserts O’Toole.

“I recently attended an edu-event where someone made a point that struck me.

“A speaker broke down the process that engineers use to design and build amazing things: Ask, Imagine, Plan, Design, and Create.

“Most of us don’t tend to think of engineering, a very ‘technical’ job, as being dependent on curiosity and imagination—but it is!

“So the next time your child wants to build a rocket ship out of a box so that she can explore outer space, don’t redirect her to a more ‘educational’ activity.

“She’s developing a skill set that will serve her well throughout her life.”

2) It Cultivates an Active Mind 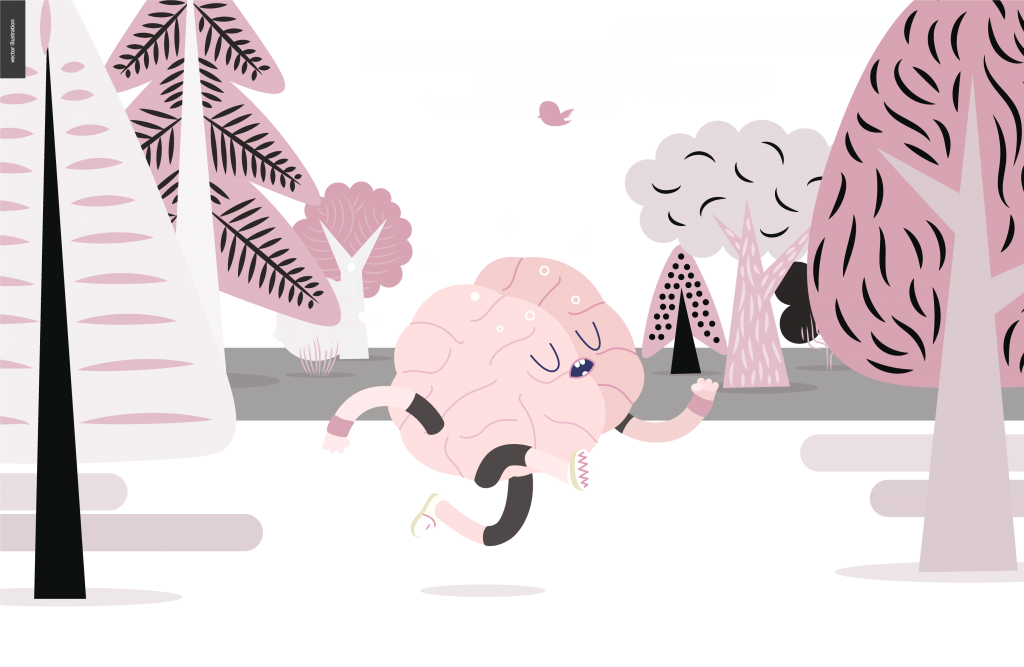 While you might sometimes fear that you’ll explode if your child asks you “why?” one more time, overall, those questions are a good thing.

They’re a sign of an active mind that’s continually analyzing the world and trying to figure it out. Admit it: You’ll worry if your child accepted everything around her with nary a protest or murmur!

“As long as a child is curious, she discovers new facts and ideas, and the metaphorical wheels in her head will be in continuous motion,” points out O’Toole.

“This is the kind of mental activity that fosters true learning, not just good grades. (Unfortunately, many parents tend to place too much emphasis on the latter, and not enough on the former.)

“Curiosity is also the force that drives personal development because thinking through new concepts and ideas is what allows us to mature and to develop more nuanced, open-minded worldviews.” 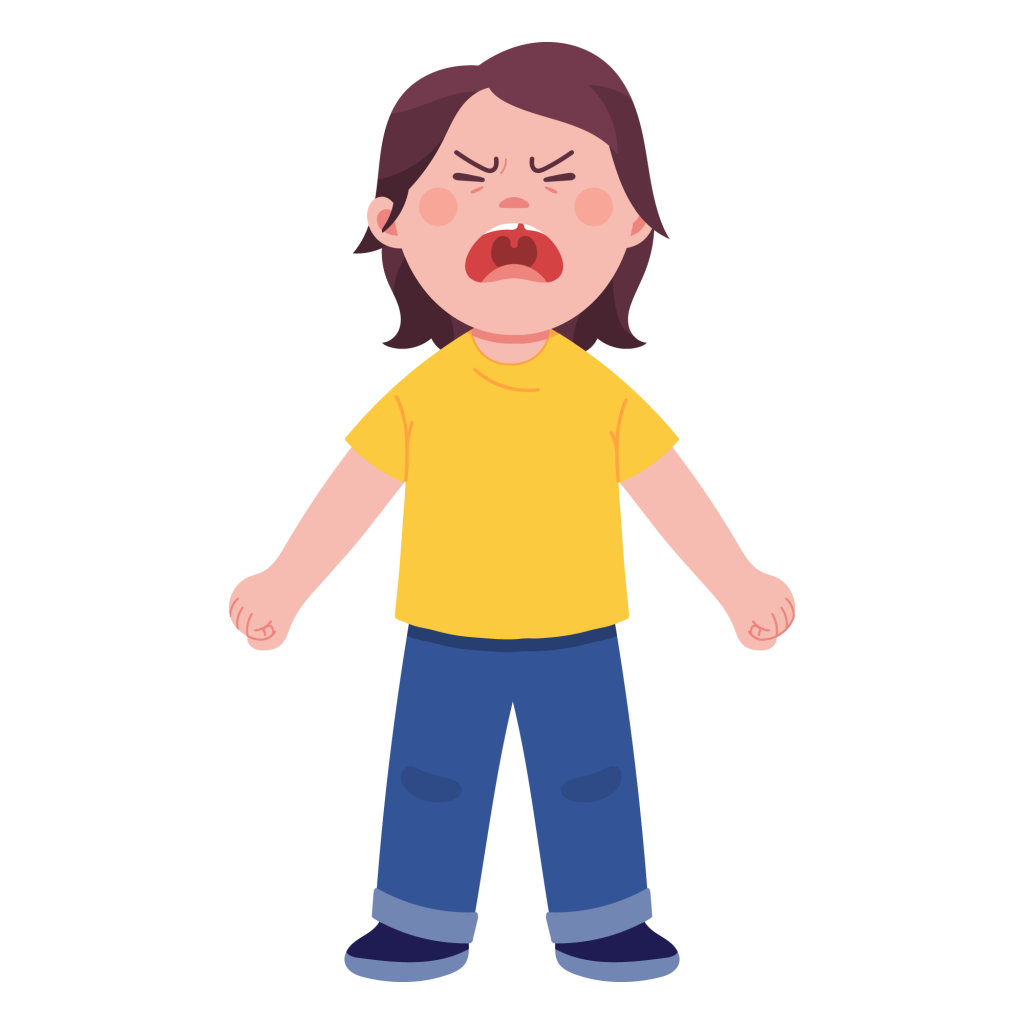 The fact is, even the most attentive parents can’t keep their children entertained 24/7.

Sooner or later, that new electronic game will get old, your youngster will become too squirmy to sit still and watch TV, or he’ll lose patience with the fact that your attention is elsewhere.

And if his natural curiosity isn’t able to redirect his interest, the dreaded B-word—boredom—will strike. And that’s when trouble often starts.

“A child who is bored might act out to bring adults’ attention back to him—hello, tears, and tantrums!” O’Toole points out.

“Over time, this child might be overly attached to Mom and Dad because he depends on them to keep him entertained.

“He might become a couch potato or PlayStation addict, and he may lack an overall sense of motivation throughout his life, to name just a few things.

“And as easily bored kids get older, the stakes get higher: How many teenagers engage in dangerous behaviors because ‘there was nothing else to do’?” 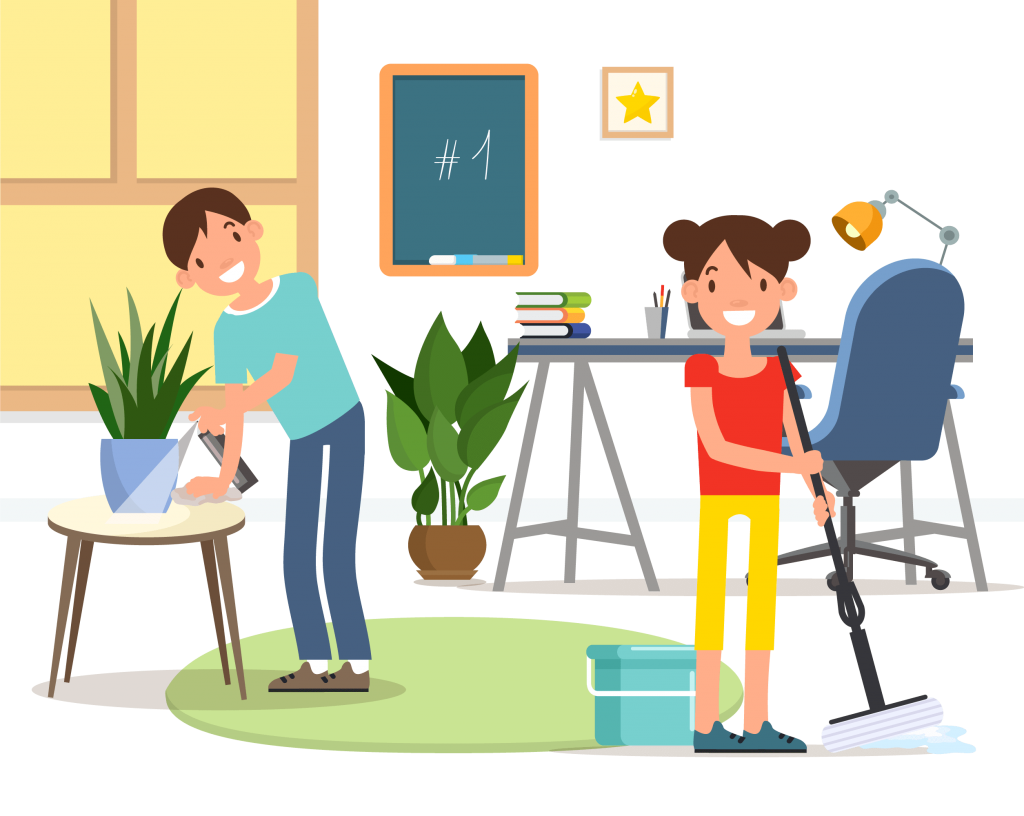 All parents want to raise children who can take care of themselves in a variety of situations, and who don’t always rely on others to bail them out.

Once again, curiosity is a big part of how parents can make this desire a reality.

For many of the same reasons why curiosity sparks creativity, it also encourages kids to be self-sufficient.

The progression goes like this: Child has a problem or question.

Curiosity prompts a child to ask, “How can I solve this?” or “Why?”

The child acts on the answer she comes up with instead of waiting for an adult to “take care of it.”

“For a young child, this sense of curiosity-driven self-sufficiency might manifest itself in putting together her own very unique, somewhat mismatched outfit in the morning,” O’Toole explains.

“An older child might set up a lemonade stand or arrange to do chores for an elderly neighbor so that she can raise the money to buy the new bike she wants.

“Essentially, curiosity is an essential tool in enabling children to solve their problems.

“You can also think of it as extra insurance against having your adult child take up residence in your basement!” 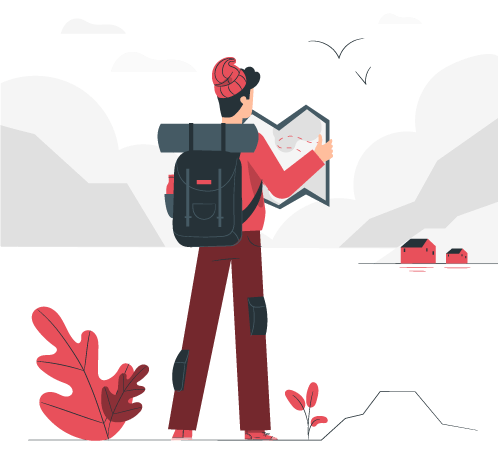 You’ve heard the term “burning curiosity” before. It refers to a too-strong-to-be-dismissed impulse to know why, how, what, etc.

You’ve probably seen this in action before: When your curious child wants to know why the dinosaurs died, for example, he won’t be satisfied with a one-sentence answer.

He’ll keep asking you to explain what you know, and he may even take the initiative to read books, to do research online, or perhaps also to build a dinosaur out of paper-mâché.

“Persistence, sparked by curiosity, is the difference between the child who memorizes facts and methods for the sake of a good report card and the child who voluntarily reads science articles or novels outside of school,” O’Toole says.

“Curiosity will also foster resilience (which is an essential component of persistence):

“If your children want to know what’s over the next hill badly enough, they’ll be motivated to get back up and keep climbing whenever they stumble and fall.” 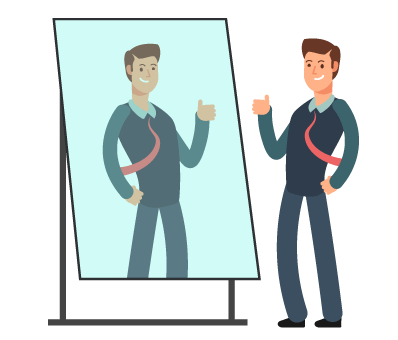 As a rule, curious people are very aware of how much they don’t know.

Because they’re always asking questions and seeking answers, they have a more fully developed view of the world and how it works, which makes them less likely to think they’re the center of it.

“When they achieve one goal, curious people rev up to pursue the next milestone instead of sitting on their laurels, patting themselves on the back, and demanding accolades,” adds O’Toole.

“For a generation of youngsters who have developed a reputation for being selfish, spoiled, entitled, and materialistic, this is key!”

7) It Sets Kids Up for Long-Term Success 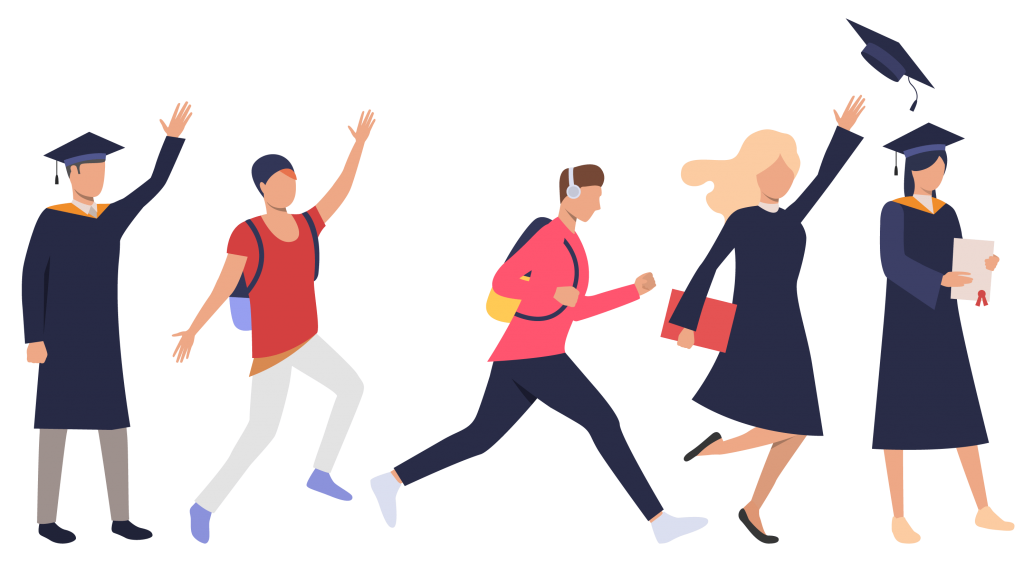 It’s the people who ask, “Why?” or “How can I make this better?” or “What is the solution to this problem?” who make the most significant impacts on our world.

On a smaller, but no less valuable scale, those who ask questions and refuse to accept the status quo transform companies, lead communities, live adventurous lives, and feel fulfilled personally.

“Of course, the opposite is true as well,” O’Toole warns. “Adults who aren’t curious may do well enough in the world, but they rarely influence it.

“They’re the people in your office who do what they have to do, but no more.

“They’re the couch potatoes who don’t seem to have any interest in meaningful hobbies. They’re not the people you want your children to grow up to be.

“Instead, you want your children always to wonder what life has to offer next, both personally and professionally, and go after it!”

“The best news of all for parents is that you don’t have to create curiosity from scratch,” O’Toole concludes.

Remember, it’s something your children were born with.

Your job is to learn how to foster and encourage your children’s natural impulses to ask questions and learn new things.

You may be surprised by how much fun you have in the process!

These are our 7 reasons why curiosity is the most important skill to teach your child.

Which of these reasons is the most compelling to you to continue feeding your child’s curiosity? 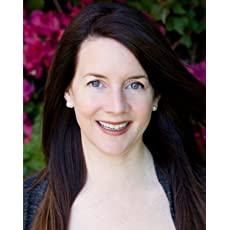 Victoria Ryan O’Toole is the author of the popular Molly Moccasins books, apps, games, and activity series. The first dictionary that O’Toole ever received was inscribed with a powerful message from her favorite uncle: “A curious mind is never bored.” As soon as she read that line, she knew life would never be boring—and it never has been.

O’Toole’s first children’s book series, Molly Moccasins, is evidence of Victoria’s optimistic perspective. Molly Moccasins finds meaning, knowledge, and adventure in everyday life—just as Victoria has since she was young. Now Victoria has written and published nearly 70 Molly Moccasins stories for the series, which have sold in almost one hundred countries in less than a year.

She delights in her life in Southern California with her husband, twin daughters, and twin yellow labs, and is thrilled to be writing adventure stories that encourage children to use their imaginations and natural curiosities, just as she continues to use hers.

About Molly Moccasins:
The Molly Moccasins book series and advertising-free website are for all young adventurers who like to read, play, think, imagine, and investigate. The lead character, Molly, with her spirited imagination, slightly sophisticated vocabulary, and positive perspective, delights in some great adventures with her family, friends, and the people (and creatures) she encounters in her everyday life. The website is launching with nearly 70 stories and even more game options.

Using contemporary media, this unique story, game, and activity book series is for children, parents, and educators and can now be enjoyed in print and on almost all digital platforms: web, apps, ebooks, and audio books.