There are many discussions over whether video games have a positive or negative impact on children. Whichever side you take, some facts about video games are undeniable. They use many models of social, economical, and moral behavior to reflect society and are more or less simulations of some situations we may encounter in real life. Of course, this doesn’t mean that we will meet elves and orcs, and only a handful of us will ever fly in a spaceship. What I am referring to is the underlying messages of a system in which the child learns how to process a large quantity of information, filter between useful and useless information, react to different kinds of situation,s and in the case of our topic, react to and predict economical changes and persisting trends. Most importantly, through video games, children learn the value of things and the difference between long-term victory and short-term gains.

Now let us take a look at five games that let your children learn the basics of managing their own resources, learning many valuable lessons in the process, without the need to invest real money — and most importantly, while having fun.

The Sims is one of the most beloved video games that has spawned into two sequels, at least six spin-offs, and more than twenty expansions. The games in the series are largely sandbox games, relying on the nonlinear, open-world concept, in which the player can choose which objectives to reach. They are not story-based (with some little exceptions in some spin-offs), and the basic concept is to take care of “Sims” — virtual people. In the beginning, the player creates one to eight characters and chooses their relationship (friends, couples, siblings, parents and children, grandparents, et cetera) as well as their looks and attributes. With each sequel, there were more options and details available in character creation.

When Sims are ready, the player can either build them a home or buy one pre-constructed. However, the player is always constrained by the starting budget. When the home is all set (the player also chooses from a wide variety of furniture and appliances to furnish it), it is up to the player how to keep the virtual people happy (or not). They need to eat, sleep, clean themselves, use the bathroom, socialize, go to work or school, and entertain themselves. Basically, it is a life simulation, and the child uses imagination to create and design houses, objects, and people, learns how to manage several tasks at once, how to choose and prioritize between tasks, about the consequences of life choices (from not sleeping to not working and having no money in the end), managing their lifestyle, and being creative about how to solve a problem or achieve a new goal that boosts the lives  of the characters. By simulating many elements of our own lives, The Sims helps children learn about life itself.

Transport Tycoon, Transport Tycoon Deluxe and the latest variation, OpenTTD, present the player the option to become a director of a transport company. The goal is to compete with other rival companies (they can be controlled both by other players or the computer) by making a profit transporting passengers and various goods. The games offer several types of transportation: by road, rail, sea, and air. There are some existing routes, but in most cases they are insufficient or too long (the shorter the delivery time, the more money the player makes), so the player must construct his own routes. He can do this by placing stations near points of interest, such as towns and industries, and connecting the two target locations with roads or rail. There are many cases in which more complex routes than moving from A to B yield a greater profit. Players have to move the right resources to the right destination. For example, the player has to take wood from the forest to a sawmill and then the goods to a town for use.

Transport Tycoon is set between years 1930 and 2030 and Transport Tycoon Deluxe and OpenTTD between 1950 and 2050. This affects each game’s transportation possibilities. For example, there are only small planes in the beginning, unable to travel long distances or transport many goods or people. Yet later, the games introduce bigger and more effective models. The same goes for steam engines, which are available from the beginning, and diesel and electric engines are introduced later. The player can respond to offers made to the first company that would move a particular resource from point A to point B. She can also invest in the development of a town, and as the town grows, it creates more opportunities for her to make a profit (for example, there are more passengers being transported by player’s vehicles).

Another great example of a management game is RolllerCoaster Tycoon, a game in which your goal is to create the best and most profitable theme park. To achieve this goal, the player has to reach special goals in the campaign. These goals include a specific number of guests or number of attractions in your park, a high level of tidiness, certain financial goals, and more. There is also a sandbox option in which the player does not have any specific goals and can build anything from the start of the game (in campaign mode, new attractions are made available throughout the game through the player’s research funding).

The concept and the gameplay of the game is similar to Transport Tycoon, which is no surprise; both games have the same creator, Chris Sawyer. The basic benefits for your children lies in teaching them how to build a successful enterprise. The game offers great detail for every part of the economic simulation — from shaping the surface to building the rides and necessities like benches, sidewalks, trash cans, bathrooms, and kiosks with refreshments and souvenirs to employing staff, setting the prices of rides and products (for example, the saltiness of popcorn). You can click on each person and see their mood and feelings about each part of your park. By setting the right measures when building a roller coaster, the player’s guests can be thrilled, bored, happy, scared, sad, or nauseated. Of course, running your own theme park doesn’t mean you are free of constraints. You must stick to your budget and you have to earn money to build new rides. You have to take care of your guests and listen to their opinions — otherwise there will not be many people coming to your park. Basically, this means that your child learns the right strategy, by analyzing their previous steps, behavior of their customers and earnings.

It may not entice younger children, but the complex and challenging system of managing your own professional sports team with all that job includes makes for a veracious simulation. In contrast with the “tycoons,” much of the player’s activity takes places in charts and tables, where he plans his actions. To tell the truth, the player does more than a regular manager would. She does not only trade players and sign new contracts and manages the salaries and costs that come with playing in the league, but she also chooses tactics for the game and roster, plans training, and exerts media pressure on opponents. It is important to mention that the player does not control his team during the match. The team’s plays are an automatic operation based on the decisions that the player made before the game and the qualities of the opposing team. New Football Manager games are periodically released each year, and it does not matter much which version you choose, although we recommend Football Manager 2010 or newer.

A game that takes place in the 5th century BC, The Settlers II is a real-time strategy originally released in 1996. Lucky for us, the 10th anniversary remake was produced in 2006 and features better graphics and a more user-friendly interface. The Settlers II is widely recognized as the best installment in the series, and it offers three types of population – Romans, Nubians and Chinese. The main objective of the game is to build a strong economic system and defeat all of opponents controlled by the computer. Each scenario starts with some basic buildings, tools, and materials, and it is up to player to build a functional economy. This means that she has to gather raw materials, populate buildings, transport goods, and erect military buildings near the border of her territory. In campaign mode, the player wins the scenario when he captures a specific area of the map, and in single scenarios by conquering all his opponents. Once again, the game trains children in strategic thinking, setting a number of objectives that they have to complete in order to defeat their opponents. The key is to find the right balance between activities to build a strong, effective system and outpace your opponents with soldiers, which are the end product of the game’s economy. 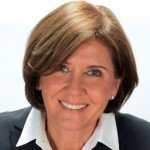