The Benefits of Teaching Philanthropy to Preschoolers

Every year, more than 200 million preschool-aged children worldwide fail to reach their full cognitive and social potential due to not having the opportunity to attend early learning academies or not being introduced to a well-rounded curriculum that includes both academic and social learning programs, according to the World Health Organization.

Long-term studies have shown that early learning experiences can determine health, education and economic participation for the rest of one’s life.

For those children who are receiving early childhood education, they are mostly likely learning through a traditional paradigm of teaching which focuses primarily on core foundational principles such as letters, numbers and colors.

However, with research supporting that the most effective period of intellectual development takes place from birth to age six, we think that children should also start learning important social lessons as preschoolers, including the intangible tenets of philanthropy and social awareness.

Broadening the realm of early learning to include philanthropy is a new concept for most educators and children, as preschoolers are typically not taught intangible lessons. However, teaching philanthropy can yield extremely beneficial results, both short- and long-term.

Children can learn social consciousness and awareness through the understanding that some members of the community are less fortunate than others. By getting students involved in local charitable events, they can also learn selflessness and often feel empowered by sharing and giving back to their communities.

But how? To start, best practices for teaching philanthropy include having children learn the definition of “philanthropy”, discussing what a philanthropist does, make a list of their own good deeds, and learn how philanthropy’s core tenets of selflessness, generosity and giving can be applied to their classroom, home life, and community.

From there, children can expand their vocabulary with words related to the subject (i.e. as charity, volunteer, and donate) and incorporate spelling lessons. Special songs and fun characters help to make lessons more memorable and bring concepts to life for audio-visual learners.

A philanthropic curriculum for preschoolers is a starting point for important social life lessons that parents and families may not necessarily have the opportunity to create. As a result, children who are taught philanthropy are more likely to have positive self-image and a deeper belief in themselves with regard to their ability to affect change for the better. This mindset can never be developed too early. 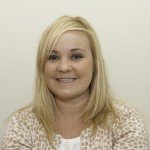 About Meghan Kelly, Director of Curriculum, The Learning Experience®

Meghan Kelly joined the The Learning Experience® (TLE®) Academy of Early Education team in November of 2005 and has held various positions within the company ranging from Preschool Teacher to her current position as Director of Curriculum. Meghan is responsible for spearheading the team that writes, researches, evaluates, develops, and trains staff on TLE®’s proprietary curriculum. She has also lent herself to contributing to such new programs as L.E.A.P. (Learning Experience Academic Program) Interactive, Manners Matter®, Physical Fitness with Flexi Flamingo™, and working with a team to develop TLE®’s first foreign language program, L.E.A.P. into Spanish™. Meghan received a Bachelor of Arts Degree in Spanish WITH numerous credits in early childhood education from Seton Hall University, and she holds a CDA that she earned through NAEC.

About The Learning Experience®

The Learning Experience® (TLE®) is the nation’s fastest growing early learning academy for children ages six months to six years old. Currently, there are 188 TLE® locations nationwide, including 120 fully operational centers in 17 states and the remaining 68 under various stages of development. With a greater national emphasis on educational development during the most crucial years of a child’s growth, a prominent focus has been placed in programs that advance the scholastic preparation. TLE® prepares children academically and socially via innovative scholastic and enrichment programs such as L.E.A.P® curriculum, a cutting-edge proprietary approach to learning which has 90 percent of TLE® children graduating preschool reading at a Kindergarten or greater level. To complement the academic portion, various enrichment programs crucial to advancing learning and overall balance will be discussed and demonstrated, such as philanthropy, baby yoga, music, physical fitness, manners and etiquette, and Spanish language. TLE® is the first and only national early learning academy incorporating philanthropy as part of a weekly curriculum. To learn more, please visit www.thelearningexperience.com.