What is the probability that your child is going to have attention problems later on in childhood?  That is the sixty four thousand dollar question because no one knows the answer for sure. But there is increasing evidence now that the more the child is exposed to rapid image changes, the more likely he is going to have attention problems at school.

It may well be a factor in the rise of ADHD among our children but no one wants to point the finger at those electronic devices, screens and games that our kids are attached to.  We should also bear in mind that the average ten year old kid has access to five types of screen devices at home.

Show me the evidence!

You may be a bit skeptical about all this as I was. However, after reading the latest articles and research in this area, I am now convinced that the less TV and the fewer electronic gadgets the better.

In fact, in my view, there is nothing better that sitting down with a child and reading and interacting with him with a book. It does not matter if it is a traditional book or an e-book reader.  It is probably preferable if the child has an e-book reader so that he can explore the world of reading for himself and still keep up with his peers as regards the latest electronic wizardry.

Research findings by Dr. Dimitri Christakis show very clearly that in the experiments they did, that those children who were exposed to lots of frenetic animated cartoons like Power Pop Girls Movie were about 60% more likely to have attention problems later on in childhood.  He was researching children who were in the 0-3 age bracket. It is no surprise that those who were exposed to violent and frenetic action of a less benign type were at even greater risk.

The problem is that devices expose kids to a different kind of reality which they will find when they get into the classroom. The fast action and moving images are gone and in a way, their brains are already out of focus when they have to work on reading, spelling and math.

In addition, there is no immediate gratification. Compare that to those games where you get points immediately and you keep on making progress and you get a prize.  All very fast.

Christopher Lucas who is a child psychiatrist at the New York School of Medicine has remarked that the world of academia is vastly different from that of the virtual reality of electronic devices.

The problem of watching television is a similar problem with its fast moving changes of scene and its lack of interaction and communication.  No social skills are involved at all.

Experiments by Dr. Christakis and his team show that too much TV at the age of three years will more than likely lead to attention problems by the time they reach their seventh birthday.

How great is the risk?

They have calculated that for each hour of TV for a child under the age of 3, their chances of developing attention problems later on are increased by 10%. Multiply that  by the number of hours in front of the TV and we can see what the level of risk is.

Also, we should be aware that the average amount of time watching TV spent by a five year old is more than fours a day. That is a whopping 40% of their playing or learning time.

What can we do as parents?

Obviously, as parents, we will be aiming to do the following :-

Giving our children the best start

Whatever the scientific evidence, if we follow the above steps, we can be sure that we are helping our children develop their thinking processes which is at a very delicate stage in the early years. The frenetic action of the Power Pop Girls Movie will never do that! 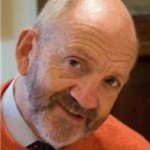 Robert Locke MBE is an award winning author and has written extensively on ADHD and related child health problems. You can visit this page on ADHD natural treatment  to find out more.