Researchers at the Columbia University Medical Center found significantly elevated antibodies to gluten in children with autism.  The study, led by Dr. Nga M. Lau, involved 140 children—37 with autism, 27 unaffected siblings, and 76 age-matched healthy controls.  They found specifically, “Children with autism had significantly higher levels of IgG antibody to gliadin compared with unrelated healthy controls. The IgG levels were also higher compared to the unaffected siblings, but did not reach statistical significance. The IgG anti-gliadin antibody response was significantly greater in the autistic children with gastrointestinal symptoms in comparison to those without them.”

Antibodies are the body’s way of “sounding the alarm” to kick the immune system into gear and rev up inflammation (and pain) to fight a perceived threat of an invader, such as a virus.  When a food substance (like gluten) is the perceived invader, the subsequent inflammation and digestive upset can go on for months or years, whenever the food is consumed.

Finding these elevated antibodies in children with autism is significant.  Antibodies indicate that the body is likely creating inflammation and that the food source can be causing irritation and GI symptoms.  These findings indicate that further research into the role of the immune system in autism, as well as gut issues in autism is warranted.  This study also showed that while there was increase in these anti-gliadin antibodies, there was no increased incidence of celiac disease: This is consistent with other study findings that demonstrate that that people can have a problem with gluten, even if they don’t have celiac.  These findings further support the notion that families with autism should be aware of the role of gluten in the diet, problems it can affect, and the benefit of avoiding it altogether; especially if a child suffers gastrointestinal symptoms.

In the study, of the children with autism that had gastrointestinal symptoms, the anti-gliadin antibody response was “significantly greater” than those without symptoms, showing that special diets are particularly important with GI issues.

Also, the level of antibodies was higher in siblings (unaffected by autism)—compared to unrelated controls (though not statistically significant).  To me, this points to an increased potential for gluten intolerance in siblings, and helps us see that gluten intolerance likely runs in the family—which has been my clinical observation.

The researchers concluded, “A subset of children with autism displays increased immune reactivity to gluten, the mechanism of which appears to be distinct from that in celiac disease. The increased anti-gliadin antibody response and its association with GI symptoms points to a potential mechanism involving immunologic and/or intestinal permeability abnormalities in affected children.”

This research supports parents trying a gluten-free diet for their child with autism.  And in my opinion, trying it for their siblings too! 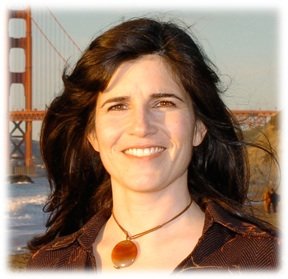 Julie Matthews is a Certified Nutrition Consultant specializing in autism, I’ve spent the past twelve years researching and explaining the underlying scientific rationale for dietary intervention for affected children.