After a professional diagnosis of ADHD has been made by a qualified health care professional you may want to consider these two best adhd treatment alternatives as opposed to drug only intervention.

However, the referral to a neurologist specializing in epigenetics may uncover environmental factors, such as toxic levels of heavy metals in the ADHD child, say, or serious deficiencies of essential brain micronutrients, say, that radically alter the cognition and behavior of the ADHD child in a negative way when present, and in a positive way when treated properly.

Is there any scientific evidence for the effectiveness of this epigenetic approach to ADHD? Yes and no. It depends on what is deemed to be scientific evidence. To my knowledge, no large population studies with control groups have been conducted. However, there are numerous published and unpublished clinical case studies that show that the use of epigenetic protocols can profoundly affect the lifetime behavioral functions of the ADHD child for the better.

What is the significance of clinical studies for the individual ADHD child for whom qualified treatment is being sought by desperate parents? If the ADHD child shows significant improvement, then both the parents and the child will rejoice, and the academic controversies which swirl around the various treatment protocols will appear to be somewhat irrelevant.

What academic controversies are swirling around the various treatment protocols being put forward for the treatment of ADHD? The classic one is this. If the diagnosis of ADHD is done properly by a thoroughly qualified health care professional, it is said, then the ADHD child does have ADHD and this may be a “permanent” condition and could be a lifetime issue for the ADHD child. On the other hand, it is argued, if a particular treatment for ADHD is shown to reduce ADHD symptoms in the child to zero, or near zero, then the original diagnosis of ADHD was not correct.

Academic arguments are often recursive, like the example just given. If the person cannot be cured, i.e, the symptoms cannot be removed, then the original diagnosis was correct. If the person can be cured (or the condition is mitigated to the extent that no further treatment is required), then the original diagnosis was incorrect.

Academic arguments appear to be oblivious to the fact that if the child’s behavior is modified to the extent that he or she no longer requires treatment, neither the parent nor the child cares much about the “logical” or “scientific” arguments conducted by third parties. The parents and the child simply go on with their lives, rejoicing that they had the courage (or the wisdom, or the inspiration) to try an “unproven” treatment protocol.

One of my favorite clinical cases (which may be “rare”) is that of a child who was properly diagnosed (more than once) as suffering from professionally-confirmed severe ADHD. The parents were in despair and after numerous referrals to numerous professionals for treatment, they “trusted their gut,” so to speak, and sought the help of an epigenetic specialist in environmental medicine (a highly-qualified one I might add, both in terms of formal credentials and in terms of extensive experience in his private practice).

Someone asked the question: “Could gluten intolerance, for example, be disguised as ADHD?” Yes. ”How about toxic levels of heavy metals?” Yes. “How about vitamin/mineral deficiencies?” Yes again.

Does this mean that epigenetic treatment will thoroughly mitigate all cases of ADHD? Or that the epigenetic approach proves that ADHD is instantly “curable?” Of course not.

However, the parents of the now-healthy and well-functioning “ADHD” child have no interest in discussing the academic controversies. All they know is that by seeking so-called “alternative” treatment, their almost totally-dysfunctional “ADHD” child is now living the normal life they had hoped for when the child was born.

Alternative treatments can be costly of course and so parents must be both astute and wise in their decisions regarding what alternatives to pursue.

In reality (as opposed to semantic discourse), the epigenetic approach is not really “alternative” treatment except in the minds of some of those practicing so-called “mainstream” medicine.

Did the child really have ADHD? It depends on your definition of ADHD. If your definition of “true” ADHD is a syndrome of behavioral difficulties which tend to be pervasive and may last a lifetime (regardless of the level of mitigation achieved by various treatments), then no, the child did not have true ADHD.

On the other hand, if the parents had not sought “alternative” treatment, and had stuck with the “proper” diagnosis of “true” ADHD, and the child had retained his ADHDally-induced dysfunctionality, then yes, the child had true ADHD.

The nonsense of the above semantic argument is readily-apparent to even a casual observer.  At the end of the day, as the British are known to say, perhaps the real question that should be asked is this:

“Is the epigentic protocol a treatment for ADHD or is it in reality a highly-effective tool for screening ADHD children, such that some specific causes for a putative case of ADHD are ruled out (or in) and the child is incommensurately better off for having undergone such targeted screening (and commensurate treatment if applicable), regardless of outcome?” 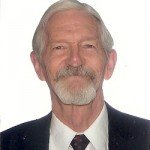 Dr. J. Collins Meek is the founder of The Learning Clinic Worldwide and is a neurological learning specialist who gets results for you quickly with his extensive experience treating and resolving your ADHD challenges.  He has 30 years experience in ADHD teaching, learning, school administration.

Email Dr. Meek for a FREE 15 minute consultation at docmeek (at) gmail .com or visit his website at The Learning Clinic Worldwide.

Dr. Meek is a specialist in the two best ADHD treatment alternatives.