Every summer, students nationwide attend a variety of camps geared toward specific interests and activities. Parents can finds camps that focus on athletics, the arts, reading, science, math and more. One such STEM-Centric camp based in California focuses on Algebra and a lot more. In addition to their effort to foster interest in Algebra, this camp seeks to make attending college a goal for all of their camp participants. 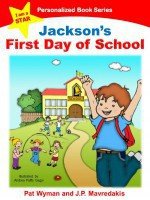 This year, the 25 campers enrolled in Willow Glen Middle School’s ‘Stepping Up to Algebra’ program went on an inspirational field trip to San Jose State University. For most, this was their first college campus experience. For that very reason, camp counselors planned this field trip, hoping the experience would help make attending college a personal goal for each of their campers.

“The first step to get kids excited about college is bringing them to campuses like San Jose State so they can see their future,” says Muhammed Chaudhry, CEO of Silicon Valley Education Foundation, sponsor of the SUTA program.

“For many of our students this is the first time they’ve been on a college campus, and many would be the first in their families to attend college.”

Gabriel Lopez, 13 and heading into eighth grade at Bret Harte Middle School in Almaden, says, “I’m confident I want to go to college.”

Gabriel says he decided to enroll in SUTA because “I wasn’t doing good last year and thought, why not give it a chance? I’m doing better now.”

Gabriel says he’s considering studying engineering in college, and he got a look at the engineering building as well as all the other major buildings on the SJSU campus.

Madeline Solis, an SJSU senior, served as the tour guide for the SUTA students.

She set a fast pace, stopping frequently to point out landmarks, while subtly making the students aware of the many career options the university offers–animation, crime scene investigators, nursing, engineering, film, teaching, journalism and more.

The two landmarks of interest to the youths were the Cesar Chavez monument called the Arch of Dignity, Equality and Justice, designed by Judith F. Baca; and the 24-foot high statue of Tommie Smith and John Carlos. The statue re-creates the silent protest the two SJSU track athletes made on the medal stand at the 1968 Mexico City Olympics, where Smith won gold and Carlos won bronze.

The field trip followed the students’ 8 a.m. to noon stint in the classroom, and came during the third week of their four weeks of studies.

Joyce says she enrolled in the SUTA program, “to get a jump start on eighth grade.”

Eric Perry, a SUTA instructor accompanying the youths on the field trip, says he enjoys teaching them.

“This is a summer school session where they want to be here,” Perry says. “They’re motivated to learn, and that makes all the difference in their success.”

“They’ve been good,” Jabari says. “I get it a little late, but Mr. Perry makes it where I can understand it.”

As for college, Jabari says, It’s definitely something he wants to do.

“My mom says it’s like a paycheck. College determines how much money you’ll make in the future.”

Jabari’s personal dream is to be a professional athlete, but he is keeping his mother’s advice in mind.