Urban Kids and the Secret to Math Education

One of the great ironies of the digital age is that, at a time when the world is more driven by technology than ever before, math—the very foundation of technology—has become one of the most daunting subjects to teach.

Why has this wall appeared between students and math achievement? Have attention spans become shorter? Are online entertainment and social media making math irrelevant in kids’ minds? Do texting, mobile apps and smartphones numb students to the need for applied, focused learning?

Some would argue that this chasm between math and students is widest in our urban schools. There, the changes brought about by the Internet and mobile devices are compounded by the broader social and economic challenges children face outside the classroom. Furthermore, the speed at which the world is embracing technology often puts urban kids on the defensive. Math, as a symbol of this changing world, is intimidating—even frightening—for many inner city kids, regardless of age or grade.

And yet these same children have inherent traits that, if leveraged correctly, can be an immense help in mastering math. Chief among these is grit—the courage and persistence to quickly get back on one’s feet after setbacks. Urban kids have grit by the boatload, and this gives them a leg up on most of their non-urban counterparts.

Another common trait of students in difficult urban environments is the need to prove themselves. They have an unquenchable desire to show themselves, and others, that they are capable and can succeed in a meaningful endeavor or activity. In fact in my experience, children who have been the most deprived of opportunities to succeed, actually demonstrate the greatest need to prove themselves. Give them the chance to release this passion and the results are often remarkable.

Finally, the importance of self-affirmation can’t be discounted. Self-affirmation is an essential ingredient for personal achievement. Children growing up in the suburbs have many opportunities for self-affirmation through extracurricular activities: soccer, piano, swim lessons and the like. Urban youngsters, however, often lack this important building block in the developmental chain. Without it, it’s nearly impossible to generate the effort needed to acquire difficult skills.

Extracurricular activities also acquaint kids with the feedback loop that makes learning fun. Without feedback, learning is not only difficult but also a source of frustration. Imagine putting a child on the foul line of a basketball court, blindfolding him, and then asking him or her to learn to shoot foul shots. With no way to judge their efforts, what would be the result? “This is dumb. What’s the use? I’m bored.”

These are the very same responses teachers hear when students practice math.

Conversely, when children are provided a feedback loop in a format that is meaningful to them, the rate at which they adopt new skills can jump significantly. Researcher Mihaly Csikszentmihalyi, in his landmark work Flow: The Psychology of Optimal Experience, proposed the three conditions that mark optimal engagement in an activity: clear goals; a balance between the perceived challenge and the perception of one’s own skills; and an immediate feedback loop that allows the person to make adjustments. If we give our children the chance to experience flow, they will push their skills right to the edge. They will mess up frequently—but in making all those mistakes and immediately correcting them, they will get faster and more competent.

In an optimal learning environment, flow can often be achieved in what we call “deep practice.” Deep practice rarely occurs the classroom—it’s both impractical and misguided to think prolonged practice should happen in the midst of a busy school day. Instead, instruction needs to be supplemented by deep practice at home, at the library, or through before- or after-school programs. In today’s schools, math proficiency is expected to occur through a high degree of instruction and minimal practice, when just the opposite is true. The ratio must be reversed—with engagement and feedback at the core of the deep practice environment.

And that’s where technology returns—this time to facilitate, rather than inhibit, math proficiency. Kids will lose themselves in a game-like environment where progressively, new skills and improvement in math are recognized. Numerous examples of this phenomenon exist. In Philadelphia, for example, such an online program was first introduced in more than 2,600 third through eighth grade classrooms. Students took it upon themselves to practice, logging over 216,000 hours in a progressive journey of learning that encompassed simple addition, decimals, fractions, exponents and even complex algebra. One year later, the School District of Philadelphia reported a 7.4% increase in fifth grade students scoring at the proficient and above level, compared with a 5.2% increase for students statewide. Improvement for eighth graders was even more impressive: an 11.1% increase in students scoring proficient and above, versus a 6.1% increase statewide.

In the district’s Northwest Region, where the program was most diligently implemented, fifth grade scores increased 15.1%—double the school district’s broader increase and three times the state average. In one school, eighth grade results jumped nearly 42% in a single year.

Over the past nine years, Philadelphia students have correctly solved about 948 million math problems using the online program. The result was a district-wide increase in the percentage of students scoring proficient and above on the Pennsylvania System of School Assessment (PSSA) tests every year, for a total gain of 39.5 percentage points.

Philadelphia is not unique. In Pittsburgh, where the same deep practice program is being deployed district-wide, three schools ranked among the lowest in district surged to second, third and fourth place within two months after a targeted concentrated effort. The students’ incentive was simply a trophy that travelled from classroom to classroom on a weekly basis, giving them a common goal to work for.

A Pittsburgh math coach reported that one student who had won “player of the week” honors—a child living in adverse circumstances—was so inspired he would go to the local community center and practice for hours, without direction, simply to get continued recognition. He had the grit to go somewhere and do something he had never done before in order to reach his goal.

“Technology can let kids see math in a very different light. It takes the edge off,” says Dr. Walter Amprey, President/CEO of educational consulting firm Walter Amprey & Associates and former Superintendent of Public Instruction for the Baltimore City Public Schools. “When students are provided a solution where they can practice privately, it helps them grow their confidence. Then they can show it off to other people in an open competitive situation and improve even further,” he states.

We live in an age when technology is advancing at the very same time that the social and economic fabric of our nation is wearing very, very thin. Vast numbers of people, especially children in our inner cities, are losing the opportunity to reap the rewards of this era of scientific and technological innovation.

Instead of allowing the Web, social networks and instant digital communication to distract our children’s focus to learn, we need to leverage technology—not to replace teachers, but to stretch dollars by optimizing the conditions for learning. We need to give our most at-risk children the tools they need to grow, to thrive, and to fulfill their promise.

When we recognize the natural interests and abilities of urban children—their intellectual grit, their desire to prove themselves and their need for self-affirmation—and complement them with the tools necessary for deep practice, we will have taken a very important step forward in reenergizing America. As a country, the benefits we gain from that step will be felt not just in higher math scores, but in every aspect of our society. 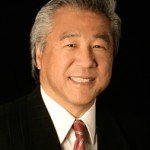 Robert Sun is chairman, president and CEO of Suntex International Inc. and inventor of the company’s 24® Game and First in Math® Online Program. First in Math’s innovative deep practice and immediate feedback techniques have been proven to dramatically improve students’ proficiency in math. A native of Shanghai who settled with his family in Philadelphia at age nine, Sun now holds numerous U.S. patents, and copyrights for his work in the field of educational games. He is a nationally recognized expert in the use of technology to enhance mathematics education. For more information, visit www.firstinmath.com.