Why You Should Learn to Play an Instrument

With the world becoming more and more hi-tech with every passing week, educators and scientists are keen to apply technology to teaching. Educational apps are abundant; games which give your brain a workout have been cropping up left, right, and center; and sales of study guides and revision aids in eBook format are on the increase.

However, no matter how good the technology gets, nothing will quite be able to approach the unique experience of learning to play an instrument. Even with some games emulating the experience of playing an instrument (such as the extremely popular Guitar Hero franchise); the rewards for picking up an actual instrument are much greater.

The Mozart Effect is a psychological phenomenon which was popularized and eventually debunked in the nineties. However, while it’s true that the original claims “listening to Mozart makes you smarter” aren’t necessarily true, the facts and effects which led people to that conclusion are still worth bearing in mind.

A Gallup poll revealed that as many as 95% of Americans believe music is a part of a well-rounded education,

and as many as four out of five feel that music should be a mandatory part of the American curriculum. The most major benefit to the overall education of a child which comes from music learning is that music taps into a number of crucial skills, generally improving the child’s ability to learn, thus impacting their whole education.

Aside from this overall boost, being educated musically from a young age has other, more tangible benefits. The Children’s Music Workshop has reported physiological differences in the brains of children with some musical education; “Recent studies have clearly indicated that musical training physically develops the part of the left side of the brain known to be involved with processing language.”

The implications of such research are huge. If a child’s language capabilities, so crucial at a young age, can be given a boost, there is a knock on effect which can provide benefits for years to come. Early language acquisition allows the development of familial ties beyond the instinctive, and for those ties to strengthen through interaction and shared experience. Improved language functions can also lead to earlier development of verbal and spatial reasoning and higher brain functions.

When music education takes place in schools, it’s almost always as part of a group, be it in a standard class, or a separate band or orchestra. These social activities are very useful for children’s development, as they begin to develop vital social skills which will carry them throughout life. Socializing is one of the most important inputs as a child’s own personality and sense of self develops, and learning to interact, share ideas and discuss opinions is one of the most important stages of a child’s social development.

Of course, in addition to these much lauded benefits, there are other benefits which are just as important to a child’s development. To play an instrument requires, above all, discipline and focus – two skills which have been linked time and time again to higher standardized test scores, increased collage attendance, and professional success. Developing these behaviors and habits early equips the child with vital capabilities which puts them head and shoulders above their peers.

While these academic benefits add up to a very compelling case, the number one reason to provide a child with music lessons and tuition is the pleasure which can be gleaned from immersion in the world of music. Nearly fifty percent of people who learn to play an instrument before the age of eleven will continue to play that instrument throughout their lives and into their fifties. Twenty percent will play well into old age.

Joining a band or orchestra, or having group music lessons, not only allows a child to grow and develop socially, but it grants them all the benefits which are immediately apparent – the social enjoyment and acceptance of being with a group which is bound by something concrete (in this case, musical performance).

Additionally, as a record number of students are accepted into colleges and universities across the world, simply having the right grades is no longer sufficient – each applicants needs their own edge, and a musical proficiency is one of the most preferred by admissions officers. They are well aware of the benefits gained from learning to play an instrument, or to sing, and value them accordingly.

So not only will learning music skills from a young age improve a child’s social and mental capabilities, it will continue to bring them pleasure and success later in life too. Find out if your child’s school offers music lessons, or find a local teacher, choose an instrument, and learn to play. 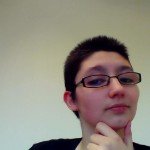 Alice Rees is a 23 year old from the UK. She never had the opportunity to learn an instrument as a child, and has regretted it since the first time her friends said “Let’s be a band – Alice can be the groupie!” She now works alongside MusicTeachers.co.uk to spread the word and encourage as many people as possible to pick up an instrument while they are young and their brains are still primed for learning.

MusicTeachers.co.uk is a site dedicated to helping music teachers and music students connect with one another. It’s a free to use service which has been running for over a decade and has helped thousands of people learn to play over the years. The site also hosts a lot of resources for music teachers and students, such as learning guides for UK music exams (GCSEs and A-levels) and the highly acclaimed Art of Teaching project, which uses the modern aspects of music pedagogy in videos to help those wishing to teach music to learn and improve the required skills.

Read more articles on the importance of music education