I’ve read many times that Jackson Pollock paintings contain fractals and that contributes to why they are more pleasing to look at than splatter paint done in a middle school art class. This leads me to ask two questions:

1) How could we calculate a fractal dimension in these paintings? And

2) What was it about 1950’s culture that liked this style of painting and boosted Pollock to fame? 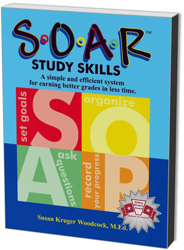 These questions of course lead to many others: Can we do a color capture using Photoshop on a high-resolution image in order to calculate the percentage of yellow in different sections of the painting?

Who are the scholars who propose this, and can we email them? Could we bring in a math teacher to explain fractals and help us with our calculations? How can we best illustrate these arguments to others? What is going on in America in 1950? What kind of art galleries promoted this work, and who attended them?

It should be noted that I have not yet been able to answer some of these, but even in failure I have been able to learn unexpected skills and enter communities previously unknown to me.

For me, learning is always better with a partner, or better yet, with a group. Luckily I have been a History teacher for the past seven years and participation comes with the job. About a year and a half ago a group of students suggested that I start a YouTube Channel combining art history with every other discipline of knowledge. I had no idea where to start; I had no experience with video editing and had little experience using YouTube EDU in the classroom. Luckily my students offered to help.

Since taking their advice I have learned more chemistry, physics, and geometry than I had in four years of high school and more college than I want to admit. I also learned the importance of a good microphone, audio editing on GarageBand, video editing on Final Cut Pro, how to upload video and manage a YouTube Channel, a twitter account, Tumblr, Google +, and numerous other skills. Perhaps most importantly, though, I learned how to be a better teacher.

When making videos for my new YouTube Channel, AmorSciendi, I had content knowledge, but needed technical skills. Some (most) students have the opposite approach. They have an intrinsic desire to learn social media, video editing, or blogging, rather than my insatiable desire to explain proportions in Botticelli paintings, but often they struggle to find meaningful content they can use to sharpen those skills.

If I can begin a lesson with interesting questions, like the ones that began this article, and learn along side the students in pursuit of an answer we are all intrinsically motivated to pursue knowledge on our own. Then we can collaborate to explain our answers for a video, and learn unexpected things that go above and beyond any curriculum.

The intrinsic motivation to pursue knowledge of any sort coincidentally allows for peer teaching and acquisition of important skill sets for the 21st century; among them: interpersonal skills allowing for meaningful collaboration, and research skills allowing us to find academically integral information among an ocean of digital noise.

After learning so much in such a short period of time I was forced into self-reflection. I did not learn how to edit audio by trying to learn how to edit audio. I wanted to explain the complicated geometric composition of a Piero della Francesca painting, and learned to edit audio as part of that process. Of course, not everyone is intrinsically motivated to explain paintings, but I believe everyone is intrinsically motivated to share his/her passion. This process transformed the way I understood assessments and education. I had earlier successes as a teacher, but none on this scale.

Curiosity is a powerful and often stifled force in education. I find that the more I am able to take risks, try new things, and model curiosity in pursuit of questions I do not already hold the answer to, the better and more dynamic my class becomes.

James Earle has worked at a private high school on Long Island for seven years and holds a Masters Degree from the University of London, Birkbeck College in Renaissance Studies. In 2012 he started the AmorSciendi YouTube Channel and was named one of ten YouTube NEXT EDU Guru’s. He also writes about Education, Gastronomy, and Art History at AmorSciendi.com.

Read more articles on technology in the classroom and educational technology