Should kids have their own cell phones?

This question has been plaguing parents for about a decade now, and it’s not going to be answered anytime soon. Many of us roll our eyes at 8-year-olds parading around with their very own iPhone 5s decked out in Justin Bieber stickers. As for their parents? They scoff at other parents who refrain from giving their children their own cell phones until their 15th birthdays. “Those poor kids,” the parents must think. “They must be outcasts at school!”

Here are some reasons why you should give your child a cell phone.

Your child has a way to contact you quickly if something ever happens.

The main reason a lot of parents shell out money for a cell phone for their children is to keep them safe. They can easily contact their parents if something 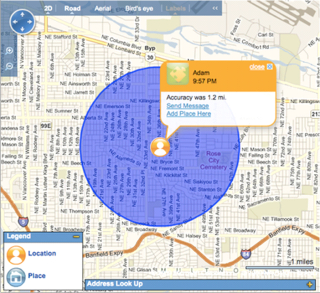 happens. In this scary world where children can’t really trust grown-ups, it’s sometimes important for a child to have his very own phone where anyone is a phone call away.

A cell phone keeps you in constant contact with your child.

This may seem too helicopter parentish, but it’s actually good for you to constantly keep tabs on your kid. You can use GPS technology (and an app like FamilyMap) to have a better sense of your child’s whereabouts. The younger your child is, the more useful this feature comes in.

Your child won’t be bullied/considered an outcast at school for not owning a phone.

It’s sad that children nowadays get bullied for not “keeping up with the Jonses”, but it’s true. Statistics show that almost 90% of teenagers own a cell phone. It’s easy to imagine a teen not calling a friend because they’re afraid that the friend’s dad will answer the phone. Not having a cell phone can make a child an outcast at school. Heck, if your child does have a cell phone, but not a nifty phone case, he might get some flack for it. Whether you like it or not, children can be mean and judgmental.

Those pros are great, aren’t they? Well, they might not be so great after you read the cons.

Your child may develop entitlement issues.

If you buy your 8-year-old a brand new iPhone, she will feel entitled to a brand new car when she turns 16, a swanky apartment when she enters college, and so on. There’s a way to prevent your child from developing entitlement issues, and it’s to buy her a cheap, used, and/or basic cellphone and save the fancy ones for when she gets old enough to understand the value of a dollar… or just don’t give her a cell phone until she’s older. Your choice.

As if being online wasn’t bad enough, now you have to worry about cell phones! A cell phone gives your child another way to communicate with other kids. Bullying can occur via text messaging (or prank calls). If your child’s not being bullied, don’t sigh just yet. He could be the bully.

Your child may not be responsible enough for a cell phone.

I once heard a story about a 15-year-old boy who received nude pictures of his 15-year-old girlfriend via text message. He shared the pictures with all of his friends, and his girlfriend eventually found out. She blew the whistle and he was accused of distributing child pornography. The court deemed his parents responsible and they were slapped with a huge fine. The point of this story is, that you could get in a lot of trouble (or lose a lot of money) because of something your child did on his cell phone. He could break the phone, call an expensive hotline, or do something serious that would get you in trouble with the law.

My personal opinion is to both give and take. Stick with the pros, keep in mind the cons but I recommend not to over-do either side.

They want a mobile? They can have one for the pure reason of contact. That should be taught as well. They do not own a cell phone to have a status symbol and to show it around to other children. It should be used for what it’s intended for: necessary communication. If they have their facts right they are more likely to survive school without being bullies or bullied.

Be creative! If your child still comes home saying she has been told off by her friends for not having a fancy phone, make it fancy. There are lovely phone cases and charms even grown-ups would envy. Those can add style to an older phone but you can still stick to your principles. They will get to an age, where you can set goals for them to reach to get a newer model, but try to keep small steps. If you personally don’t own the latest mobile, should your child do?

Anita Brayer is a lifestyle blogger and a writer for Higherclick.com, writing on behalf of Macys.com.