It’s interesting to think about today’s technology and how using tablets in education can boost students learning. The consumer market for mobile devices has sky-rocketed in the past five years and, as the market begins to saturate, device manufacturers are casting their eye over the education system and how such devices can revolutionise the classroom. 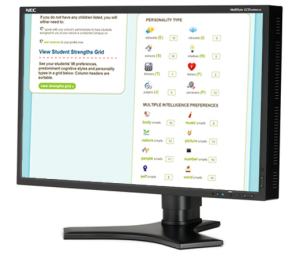 Thick textbooks can be condensed into a simple, easy-to-read ebook while innovative learning apps can be accessed all through an iPad, Nexus 10, Galaxy Tab or a variety of other tablets.

It’s a trend that many schools are intrigued by. A report from the British Educational Suppliers Association (BESA) published earlier this year found the number of tablets in England’s schools is expected to reach 260,000 by the end of this year, up from 100,000 in 2012. Furthermore, the report also suggested that a third of all students will have access to a tablet for education purposes by 2020.

In the US, there has been an even greater focus on learning apps on tablets used in the classroom. Around 2.6 million devices were used in state-funded schools in 2013, up from 1.28 million in 2011.

Apple believes that tablets inspire “creativity and hands-on learning”, with the iPad boasting “features you won’t find in any other educational tool”. But just how do teachers and students use tablets in education like the iPad to their advantage during the learning process?

Using Tablet In the classroom

According to BBC Active, using tablets in the classroom “brings education to life” regardless of age. In fact, tablets are even suitable for young children due to its portable format, fast load-up time and responsive touch screen.

In any case, interactive technology makes learning more engaging and memorable. Instead of searching for a dictionary and flicking through the pages to find the definition of a word, students simply can use the dictionary on the tablet making learning five times faster. Other tools like audio and video recorders can revolutionise lesson plans, too.

For instance, foreign language teachers can use the tablet’s audio recording tool to record students speaking in a foreign language, play it back and subsequently advise them on diction and technique.

There is also a teacher-to-teacher benefit. Documents can be emailed straight over to colleagues during a meeting, for example. On a student-to-teacher basis, students can engage in a Skype call with their tutor to find out more information about a piece of homework or a particularly tough subject. If a student has forgotten their textbook, the teacher can take a photograph of the relevant study page and send it over.

“In the past, they would do their homework and then submit it and a few days later I would give it back and we would go over it. This time delay means that they have often forgotten what they have written or why they chose to write it like that,” she said. “With the iPad they can receive immediate feedback from interactive tools and quizzes which means they can find out straight away if they have got something right.”

Of course, the constant pressure on schools to do more with less means that spending vast amounts of money on tablets for classrooms may not be possible. However, there are ways to acquire tablets without providing cash upfront. For instance, Hardsoft Computers offer iPads for leasing; a process which allows schools to budget year on year. Insurance is included on all iPads ( a useful addition as kids are generally going to be tough on computers) along with Department for Education compliant operating leases and a three year warranty.

It’s ideal for schools to start thinking about leasing or buying tablets for the classrooms now before they are overtaken by more digital-friendly schools in the area. David Daoud, personal computers research director at IDC, believes tablet use in education will grow even further over the next few years, suggesting the future of education is digital.

“While tablet sales to the education sector doubled from 2011 to 2012, we are only seeing the beginning of a much greater push that is likely to last for years,” he said. “As a result, we remain highly optimistic about sustained tablet growth in education.”

There is no doubt that the opportunities offered by tablets in the classroom are wide-reaching. Schools which embrace the technology benefit by offering more interesting, engaging lessons to a generation increasingly exposed to advanced gadgets at home. 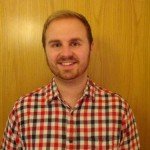 Written by Ash Curtis on behalf of Hardsoft Computers. You can find him on Google+ and Twitter.

Read more on technology in the classroom.