Don’t forget about social studies. With the focus on common core subjects like math, science and reading, social studies has taken a back seat at many schools. Andre Mountain is working to convince people that social studies still matters but it hasn’t been easy for him. Recent changes in state education policy will help make his case. 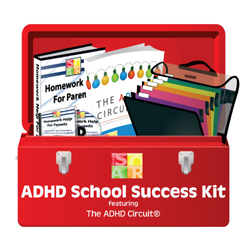 For about a decade under No Child Left Behind, schools and districts were graded solely on math and reading scores, putting other subjects like science and social studies toward the bottom of the priority list.

In 2012, Georgia replaced NCLB’s accountability measure with the College and Career Readiness Performance Index, which weighs scores in social studies, science and language arts just as much as reading and math.

Teachers are now expected to boost performance in these previously neglected areas while battling a history of low scores and indifferent attitudes toward the subject.

With the renewed state urgency on social studies, Mountain, the social studies coordinator in Richmond County, has launched an initiative to provide more training for teachers so they have better tools to increase achievement. He said changing mind sets will take time but hopes the attention will help students realize the subject mattered all along.

“We need social studies because it actually gives students the opportunity to apply their reading skills to things that are real,” Mountain said. “It makes them better decision makers, it helps them go out into the real world and understand how the world works and how things came to be.”

Along with one-on-one help for teachers, Mountain said group trainings will focus on lesson planning and strategy. It will also help teachers apply real life scenarios to social studies content, which covers world and U.S. history, geography, government, and economics.

Shaun Owen, the state program coordinator for social studies, said such an effort is needed statewide to offset the consequences from years of neglect. Owen said districts across the state previously had virtually no training in the subject and out of 180 districts, only 24 (including Richmond County) have social studies coordinators.

“Under No Child Left Behind, in all honesty, I think social studies got left behind,” Owen said. “This is my 19th year in education, and this is the biggest thing I’ve seen in social studies is the CCRPI. We are now on the same playing field as the other subjects.”

ACROSS THE NATION, 36 percent of schools decreased time for social studies in response to the pressures on reading and math achievement under NCLB, according to a 2007 study by the Center for Education Policy.

At the same time, a Campaign for the Civic Mission of Schools study found only one third of Americans can name all three branches of government while less than half know that a 5-4 decision by the U.S. Supreme Court carries the same legal weight as a 9-0 ruling.

Significant progress has been made in recent years locally, but big gains are still needed. In 2013, 58 percent of high school students passed the U.S. History End of Course Test, compared to 34 percent in 2008.

Seventh grade social studies made some of the largest gains over the years, jumping to 63 percent passing in 2013 from just 10 percent in 2008.

Mountain said increased professional development can help further these gains, but some institutional changes are needed.

One challenge remaining at the middle school level is having teachers assigned to teach social studies who don’t have an interest in the subject or don’t feel strong with the content.

In the departmentalized middle school system, teachers are broken into teams to teach either math, language arts, socials studies, science or reading.

With smaller staffs from budget cuts, some teachers are forced to split their time teaching social studies and another subject.