How to Get Your Child from College to Career

The book and the program provide rare insight about how to navigate the path for an extraordinary career. This basic tenet shows parents and students how to make college count as well as how to get your child from college to career.. “It’s not so much what someone majors in as it is what they learn to do with whatever major they have,” says Dr. Holland.

As Executive Vice President at Right Management, Inc. (a global human resources consulting and career transition company with annual sales of $500M) he was responsible for 60 offices, three franchise territories and over $200M in annual revenue in the United States and Canada.

In 2006 Bill published the first of three books on career management, Are There Any Good Jobs Left? Career Management in the Age of the Disposable Worker (Praeger). It was chosen by The Miami Herald and San Jose Mercury News as one of the top 10 business books of the year. His second book, Cracking the New Job Market: The 7 Rules for Getting Hired in Any Economy (AMACOM), was published in 2011. He became known as the Right Job Guy.

The third book is upcoming and called, From Backpack to Briefcase: A Parent’s Guide to Landing Right Side Up in Today’s Job Market. Dr. Holland specializes in how to get your child from college to career!

Bill attended Michigan State University on a football scholarship and received his Ph.D. in political science. As a graduate teaching assistant at MSU’s distinguished James Madison College, Bill received the University’s first Excellence-in-Teaching award and later, an Honorary Distinguished Alumni Award. He went on to become a member of the teaching and research faculty at the University of California, Riverside. He has served as a director on the boards of several organizations including the Chicagoland Chamber of Commerce, United Professionals and The Pennsylvania Partnership for Children.

Bill has appeared on numerous radio and TV shows including NPR’s Talk of the Nation, The Street, WHRO’s Hear Say and many others. He is a frequent speaker and presenter on the topic of navigating job marketing and charting a successful career.  Currently based in the Washington, DC area, Dr. Holland is a frequent speaker at various colleges and schools throughout the area.

For more information on Dr. Bill Holland’s presentations or a FREE consultation, visit his site: CrackingtheNewJobMarket.com 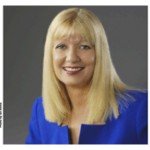 Pat Wyman is a college professor, learning expert and best-selling author of several books including the worldwide goodwill book, Amazing Grades:101 Best Ways to Improve Your Grades Faster. This book contains learning and life skills strategies from 101 authors and experts in 13 countries around the world and has been sponsored by such companies as Microsoft and Nordic Naturals. Wyman has appeared in such publications as the Washington Post, Woman’s World and Nick Jr. Family Magazine, as well as numerous radio and T.V. programs. She has a unique interest in sharing information from experts on how to get your child from college to career