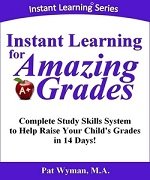 A recently completed study found Chicago fifth graders using tablets for more activities than expected.  Across the country, students are increasingly using tablets and smartphones outside the classroom to extend the assignments.

But some educators are still skeptical that devices will distract students as much or more than they enhance the learning environment. Because it’s still fairly new, there have been few quantitative studies, but Project Tomorrow and Kajeet for Education recently completed a study of mobile learning among 136 fifth graders at Falconer Elementary School, a Chicago public school where 94 percent of students receive free and reduced lunch.

The Making Learning Mobile Project study documents how four different fifth-grade teachers and their students used the tablets they were given both in class and at home once the school day was over.

The study finds that students used the tablets for more activities than even they expected. Though only 56 percent of students said they envisioned using the tablet for internet research before the study, that number turned out to be 93 percent after the study was completed. Only six percent of students thought they might use the tablet to create videos, when in fact 39 percent completed video projects.

Access to the internet at home improved greatly when students were allowed to bring a device home to investigate topics of their own interest. The Falconer students had significantly less access to high speed internet than a national average of their peers.

The one-to-one experiment also appears to have made an impact on how families valued the internet. At the end of the school year, 53 percent of fifth grade Falconer students reported having access to high speed internet, up from 39 percent.

“While it was not studied as part of this evaluation, it may be hypothesized that the students’ access to the Internet through their tablets when at home encouraged or prompted their parents to invest in high-speed connectivity to serve the entire family,” the report stated.

The students took full advantage of that access. Kajeet software on the devices tracked the websites students visited and when they were accessed and reported the following: “Three-quarters of the device requests for access to learning or academic websites occurred between 3 pm and 9 pm.”

The Chicago Public Schools district had requested that the devices be disabled after 9pm. The tracking software also found that students used the internet to further research topics that had been discussed in class once they got home. That doesn’t mean they didn’t also research their favorite celebrities and sports stars, but there’s clear evidence that mobile access extended the learning day.

Another common fear about mobile learning is that students won’t behave properly online or they will steal and damage devices. In this study of fifth graders none of those worst-case scenarios came true. Students took a digital citizenship course before taking the tablets home and 84 percent of students reported they were better digital citizens after the year with tablets than before.

Thanks to MindShift for this article.  Continue reading more on their site.