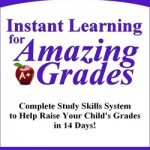 For some teachers achieving the standards of Common Core in special education classes requires additional effort and specialized attention.

“This is not something you can do halfway,” said Morgan Brand, a special education inclusion teacher at Biloxi Junior High. “You have to really commit and be excited about it, because the students can tell if you’re not.”

Forty-five states, including Mississippi, have adopted the Common Core standards, which aim to set higher guidelines for what students should be able to do at the end of each grade. The standards have met fierce resistance in recent months, as opponents argue the standards are a federal takeover of education and aren’t academically appropriate.

But regardless of hostility by some toward the standards, Mississippi teachers have the duty of making sure their students learn the material, which has been said to have its pros and cons.

“It has its advantages and disadvantages for sure,” Brand said of teaching the standards in a special ed setting. “It’s just involving them (the students) a lot more, which I’m all for, but I think it was a lot to turn on them at once.”

State officials have touted the standards as more rigorous and involved, which can be difficult for special ed students, but at the same time a good thing.

“The biggest difference I’ve seen as far as rigor goes is that there’s a lot more reading involved, which is not a strong suit, typically,” Brand said. “But instead of them having to spit back facts to me, they’re really learning the material.”

Cimmie Switzer, director of special services for the Gulfport School District, said implementing Common Core has been a learning process for Gulfport special ed teachers, but one that’s starting to fall into place.

“Our teachers are stepping up,” she said, “they’re handling the change.

“Any time there’s a change, you’re always going to have some weaknesses, but they’re growing and improving. That’s where I believe we are at this time.”