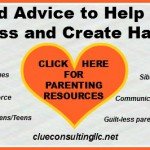 Some districts are meeting obstacles in full implementation of Common Core standards as they ready their schools for the coming assessments.

This year, North Dakota schools have been working to fully implement the Common Core standards in English language arts and mathematics.

The standards were adopted by the state in June 2011. Assessments based on the new standards will start for all students in the spring of 2015.

The English and math Common Core standards have been adopted by 45 states and the District of Columbia.

The Common Core “will continue the government expansion plan,” Sue Henke, a member of a group opposing the standards, said at one of the group’s meetings.

Henke said the Common Core will give the government access to large amounts of data about students and their families.

“There are some people who see a bogeyman around every corner,” North Dakota United President Nick Archuleta, said of the idea that Common Core is a federal government takeover.

Among state and local educators, there seem to be many more proponents than critics. The state Department of Public Instruction supports the Common Core since it is the agency that adopted it. North Dakota United, which represents at least 80 percent of the state’s teachers, also supports the new standards, as do Bismarck and Mandan administrators.

The Common Core standards are not a specified curriculum, a common misconception.

Standards dictate broad concepts and skills students should have at each grade level, while a curriculum entails the resources, textbooks or projects used to teach students those ideas.

The curriculum for schools is decided by local school districts. Daily lesson plans are up to individual teachers.

For instance, the English standards in Common Core for kindergartners expect them to be able to read at a certain complexity — recognizing that spoken words are represented by written words and knowing to follow words left to right.

At the local level, Bismarck kindergarten teachers implemented that, in part, by deciding kindergarten students should be able to recognize on sight 75 high-frequency words — “the,” “of,” “as,” “you,” “is,” “are” and so on — rather than the 40 words that made up the previous standard.