In many schools across the country teachers are finding it difficult to have time for meeting all the standards of Common Core and time for cursive writing instruction as well. 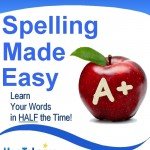 Although the new Common Core State Standards is literally replacing “old school” teaching methods, it had yet to do away with cursive writing curriculum in the Wayne New  Jersey district despite so many others who no longer teach it.

According to Diane Pandolfi, elementary education director for Wayne schools, the curriculum calls for printing to be taught in kindergarten through second grade and expanding into handwriting in third grade.

“Due to the Common Core expansion, not as much time is spent on cursive writing however it is taught as practice and sometimes given as homework using specialized workbooks purchased by thedistrict,” Pandolfi stated.

According to reports, about 41 states have done away with cursive writing and cursive reading and it is not required in New Jersey schools. The overall mindset based on Common Core is that there is no time allotted to teach it and most students use computers with built in spell check, leaving behind the pencil and paper and a child’s ability to think for themselves. 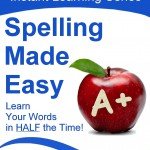 An e-mail sent to Superintendent Ray Gonzalez or Success Communications seeking comment was not returned by press time.

There is no room to put a grade for handwriting or spelling on a report card, said resident Judy Rotello. But some teachers still continue to give their Friday spelling tests but eventually they will be phased out due to Common Core Standards.

“It seems the older teachers continue to keep up with these subjects but the younger ones coming in are not. And without the older generation around, it puts a strain on the younger generation who would get some pointers from the teachers who’ve been around a while, who know the ins and outs,” Rotello said.