One of the students, who had lived his entire life in an urban environment surrounded by concrete and steel got really excited by the project, and he made a game of trying to catch each rocket as it landed. One of the smaller rockets landed in a tree, on a fairly low branch, and before I could stop him, he raced up to the tree, grabbed hold of the lowest branch, and swung himself over to get the rocket. As he did, the branch snapped, and he fell. As I saw this I thought to myself, “Well, there’s the end of the rocketry project.”

But then, the student stood up, dusted himself off, raised the rocket over his head in triumph, and gave a jubilant shout. One of my colleagues told me that later that day the student walked into his class with a big smile on his face, and said “Hey, guess what, Professor? I fell out of a tree today!” Living in a big city, he had never had the experience of flying a rocket or climbing a tree, and it was pure joy for him. 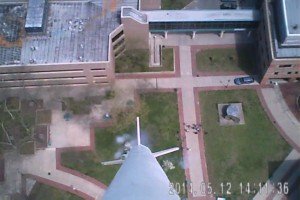 Logistically, you will need a large open space, such as a field or large courtyard, that is easy enough to keep passers-by at least 25 feet away from the launch pad, and is not near any low-flying aircraft. We typically launch in the courtyard outside the Science Building, and not the athletic field on our campus, because the athletic field is next to a retirement home, and we want to be good neighbors.

Sometimes, Police helicopters (and occasionally, Marine One, when the President is in town) fly overhead, so naturally we hold the launch if we hear a low-flying aircraft. I take the further precaution of not allowing the students to handle the engines, though this is mainly due to the college wanting to reduce liability.

You can find model rockets at just about any hobby store. There are a couple of companies that make model rockets, but I usually use either Estes or Quest rockets, because they’re inexpensive and relatively simple to build. Estes has an educator program that provides discounts to schools, as well as a smartphone app that can estimate the rocket’s altitude.

A starter set, which includes one or two rockets, a launch pad, and an electrical launch controller usually costs around $40. A pack of 24 engines is around $70, and the rockets vary in price, but there are bulk packs of 12-24 rockets that can run between $70 to $200.

You can also get a miniature video camera, sometimes called a Gum Camera, and if the rocket has a payload section, you can take aerial photos and give them to the students as a souvenir. This way, they will always remember that their dreams can indeed take flight. 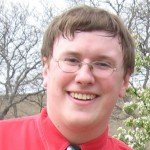 George J. Hill is an Academic Advisor and Freshman Seminar instructor at Kingsborough Community College in Brooklyn, NY. George has an M.A. from Teachers College, Columbia University in Higher and Postsecondary Education, and a B.A. in English from the College of Mount St. Vincent. He serves on the planning committee for the Atlantic Center for Learning Communities, is the Higher Education Admin for Teachers, a Facebook Community page with 45,000 followers, and has been building and launching model rockets since he was 6 years old.